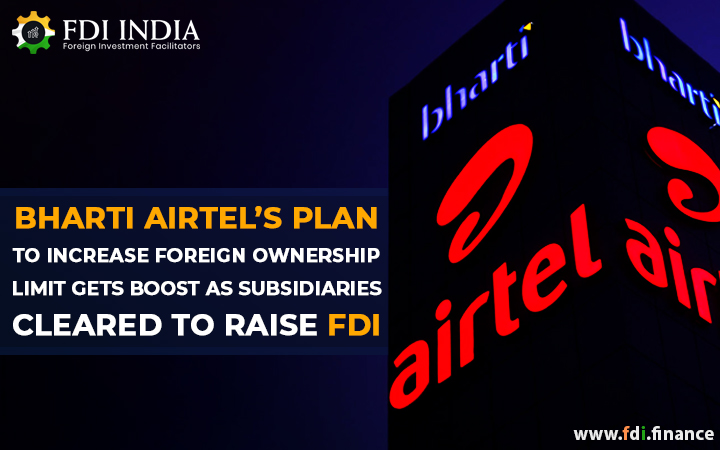 Telecom major Bharti Airtel is all set to jump in lending market with its own Small Payment Bank. The telecom giant has obtained almost all the regulatory approvals needed to increase foreign direct investment (FDI) in its downstream companies. On those lines there is a significant boost extended to Bharti Airtel's proposal to raise the foreign capital by raising their subsidiaries.

According to reports, in its payments bank from the Reserve Bank of India (RBI) and the Foreign Investment Promotion Board (FIFB), the nodal entity, Bharti Airtel has obtained permission to increase FDI. The Payments Bank will increase FDI by up to 74 percent, according to RBI guidelines.

The firm is currently planning to enter a full-fledged lending sector by turning its payment bank into a small finance bank (SFB). Bharti Enterprises chairman Sunil Mittal had said that the company might upgrade its payments bank to SFB to attract large depositors.

In addition, the firm has obtained permission from the Telecom Department (DoT) to increase FDI in three of its subsidiaries: Bharti Hexacom, Bharti Telecsonic and Bharti Teleport.

Last year, both Bharti Airtel and Bharti Telecom obtained DoT clearance to increase FDI by up to 100 percent. There is, however, a catch; the Union Cabinet has increased the direct-to-home (DTH) services' FDI cap. The Cabinet approved 100?I for DTH facilities, increased the license duration from 10 to 20 years and reduced the license fee.

Bharti Airtel is waiting for the Information and Broadcasting Ministry's nod on the same, according to reports. Bharti Airtel will apply to NSDL to raise its foreign ownership quota once the permission comes through.