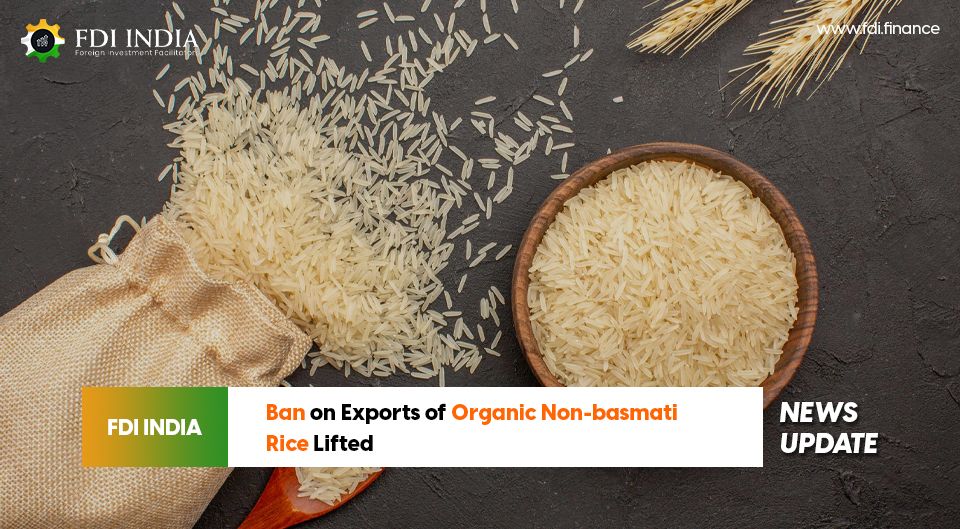 On Tuesday, the nation lifted the ban on the exports of Organic Non–Basmati rice, including broken rice, after the easing of domestic supplies moderated prices. The government banned the export of broken rice in early September with the aim of increasing domestic availability.

The decision led to a 20% duty on the export of non-basmati rice aimed at shoring up domestic supplies after prices showcased a surge in the domestic markets.

The announcement was made in a notification that the Directorate General of Foreign Trade released upon the trade of non–basmati rice, including the organic non-basmati broken rice, which will now be governed by the rules that prevailed in the market before the ban was stipulated.

According to stats, the top 5 rice exporting countries, India, Thailand, Vietnam, and the United States of America, generated almost 74.2% of the global value for rice exports during 2021. Here are a few facts for you to take a look at yourself. Listed below are some of the highest rice exporters during the last fiscal year.

The data showcases how formidable India has been as a rice exporter in the last fiscal year. Hopefully, with the new ban now lifted, the nation will be able to return to its previous export potential. Plus, the export ban has already completed its aim of stabilizing the domestic market; now, it can further help the domestic traders as well as exporters of the market.