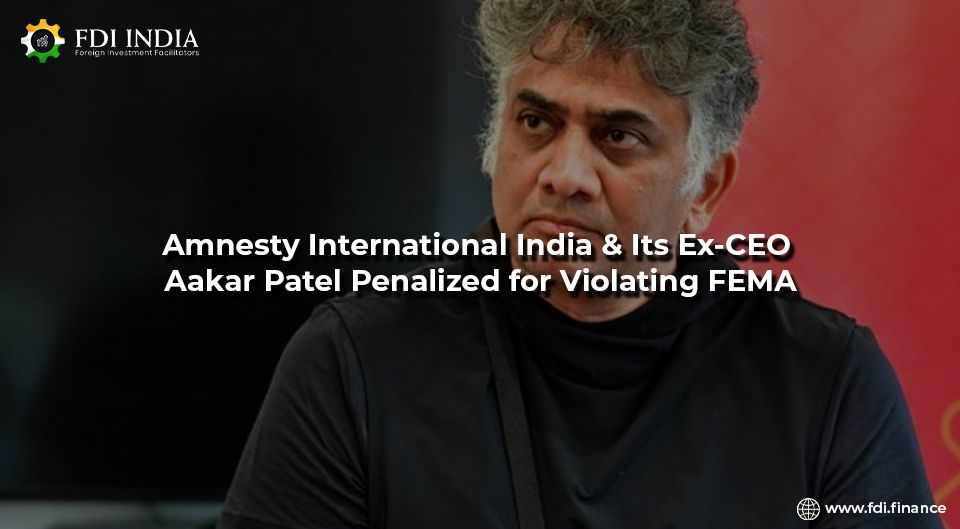 Amnesty International India and its longtime former executive director Aakar Patel have been given a 51.72 crore rupee and 10 crore rupee penalty respectively by the Enforcement Directorate (ED) for violation of the Foreign Exchange Management Act (FEMA). Officials said that they had issued a formal show-cause notice to Patel and Amnesty International India on charges of breaching the foreign exchange law.

The agency said it is restricting the two for "ample reasons" in light of the information it has discovered that Amnesty International, UK sent a huge amount of foreign contribution through its Indian entities (non-FCRA companies) after using the FDI route to expand its NGO actions in India. These funds were allegedly received in India despite the denial of prior registrations or permission to the organization by the Union Home Ministry to Amnesty India Foundation Trust and other trusts under FCRA.

According to Amnesty International India, between November 2013 and June 2018, the organization claims to have received money on behalf of its business consultancy and PR services, but ED establishes that these funds are nothing more than borrowed funds from overseas donor.

Analysis by the Enforcement Directorate (ED) has found that Amnesty International India, which has been accused of illegal transactions, actually was not conducting business in a way that's relevant to their declared commercial business model and thus appears to be involved in routing funds through FDI. The ED denies any argument or claims made by AIIPL in the case as no concrete evidence for the same exists.

Consequently, it is believed that the funds received by AIIPL to the tune of 51.72 crores are funds lent from Amnesty International for financial stability in India which is against Regulation 3 of Foreign Exchange Management (Borrowing and Lending in Foreign Exchange) Regulations, 2000. Said a recent statement from the ED.