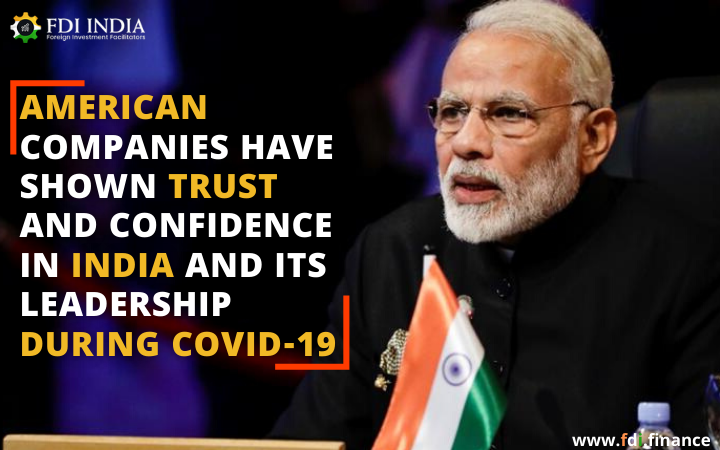 The American companies, have faced a tough battle in the world economy, and have still managed to stay afloat and show great confidence in India and its leadership, said Mukesh Aghi, president of the US-India Strategic and Partnership Forum (USISPF). The forum is responsible for keeping an overall track of the major US FDIs in India. “Year to date investment from the US, including the recent ones, is over $40 billion,” Aghi said.

In the recent weeks alone, FDI into India has crossed the $20 billion mark, this refers to the announcements that are made by some of the top giants, companies like Google, Facebook and Walmart.

“Investors’ confidence and trust in Indian economy is high. India still stands as a very promising and lucrative market in the bird eye view of global investors. If you are to look at the $20 billion, not just the US, but major investments have been attracted by some of the other geographies such as the Middle East and the Far East. “So, India still remains a very, very bullish market for the investor community,” Aghi said in response to a question.

“We feel that Prime Minister (Narendra Modi’s) intention is very high. The challenges lie on the execution side. Efforts are being made to encourage manufacturing. I’ve never seen it so better. The policy framework is moving in the right direction,” he said.

“The question is how do you define protectionism… the administration here is saying America first and India is saying vocal for local,” Aghi added.