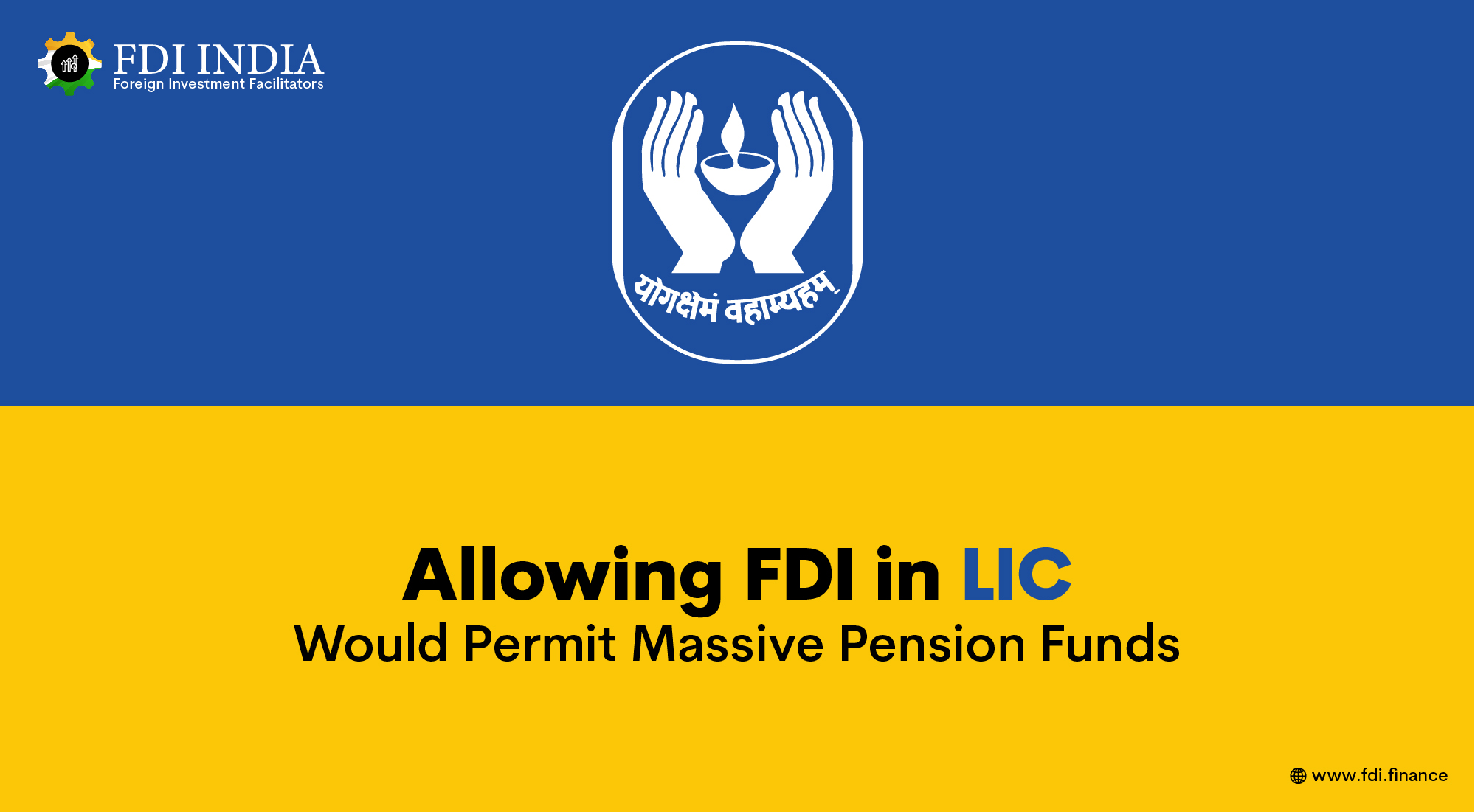 According to a source familiar with the issue, the government is contemplating permitting foreign direct investment (FDI) in Life Insurance Corporation (LIC), which would allow a single overseas investor to purchase a significant share in the company on the verge of a mega-IPO.

Any strategic investment would be subject to a limit, but it's unclear how high that ceiling would be established, according to the source, who asked not to be named since the discussions are confidential.

A 20 percent FDI restriction on state-run banks was mentioned at a meeting earlier this month, according to the source.

Allowing foreign direct investment in LIC would allow so-called strategic investors, such as big pension funds or insurance companies, to participate in the IPO, which is expected to be India's largest ever.

The Reserve Bank of India (RBI) defines FDI as a person or organization from outside India purchasing a 10% or bigger interest in a company.

Prime Minister Narendra Modi's government, which controls 100 percent of LIC, is considering selling it to close a budget deficit of 6.8% of GDP in the fiscal year ending March 2022.

According to analysts at Jefferies India, the IPO may value LIC at $261 billion, based on its assets under management and using private sector insurers as a benchmark.

While FDI of up to 74 percent is allowed in most Indian insurers, the regulations do not apply to LIC since it is a special organization established by an act of parliament, according to the source, who also said that the FDI talks are still in the early stages and no final decision has been made.