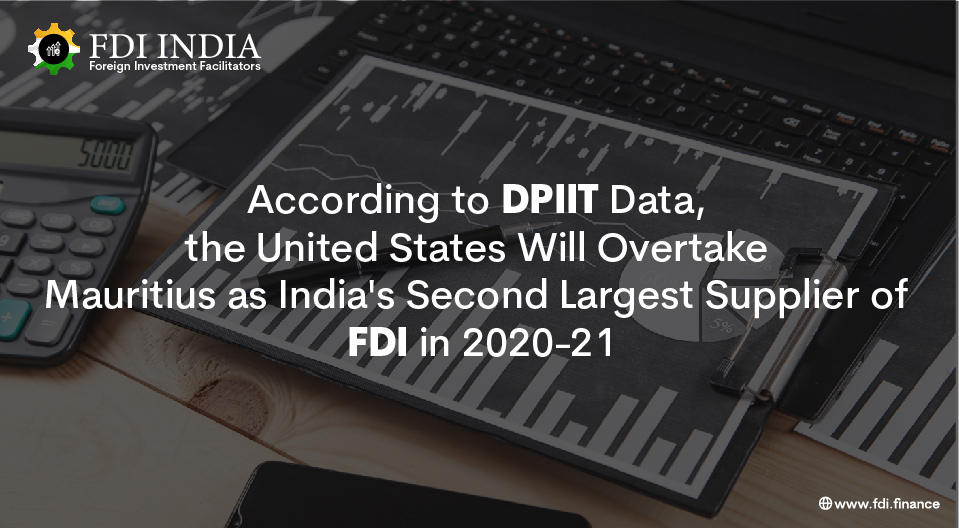 According to DPIIT Data, the United States Will Overtake Mauritius as India's Second Largest Supplier of FDI in 2020-21

According to DPIIT Data, the United States Will Overtake Mauritius as India's Second Largest Supplier of FDI in 2020-21

Total FDI, which includes equity, re-invested earnings, and capital, increased 10% to USD 81.72 billion in 2019-20, up from USD 74.39 billion the previous year. The computer software and hardware sector received the most inflows of USD 26.14 billion in 2020-21. Construction - infrastructure activities (USD 7.87 billion) and the services industry came in second and third, respectively (USD 5 billion).