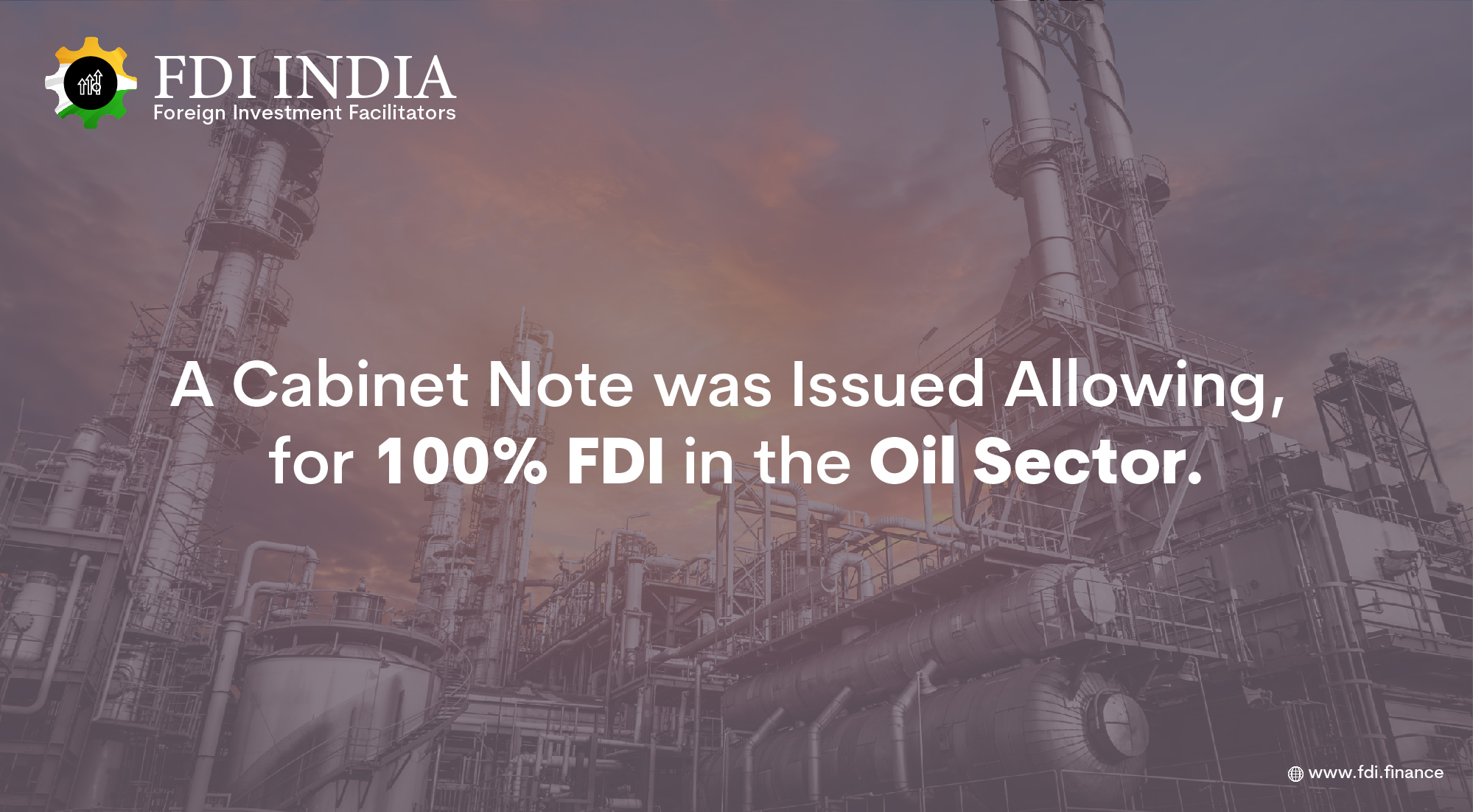 A Cabinet Note was Issued Allowing, for 100% FDI in the Oil Sector

A Cabinet Note was Issued Allowing, for 100% FDI in the Oil Sector

According to sources, the commerce and industry ministry has circulated a draft note to the cabinet seeking inter-ministerial views on a proposal to enable up to 100% foreign investment in oil and gas PSUs with an in-principle clearance for disinvestment under an automatic mechanism. If this thought got the green signal by all, it would add to the privatization of India's second-biggest oil refiner Bharat Petroleum Corp Ltd (BPCL).

The government is planning to sell its entire 52.98 percent ownership in BPCL to privatize the company. According to the draft note, a new clause has been added to the FDI policy for the petroleum and natural gas sector. According to the plan, in cases where the government has issued an "in-principle license" for the disinvestment of PSU, foreign investment up to 100 percent under automated method would be authorized.

Vedanta, a mining-to-oil conglomerate, had submitted an Expression of Interest (EoI) to buy the government's 52.98 percent stake in BPCL as part of the privatization process.

The other two bids are from worldwide funds, with Apollo Global Management being one of them. After gathering feedback, the commerce and industry ministry will present the idea to the union cabinet for approval.

Only 49?I is now permitted in petroleum refining via the automatic route by public sector undertakings (PSUs), with no disinvestment or dilution of domestic equities.