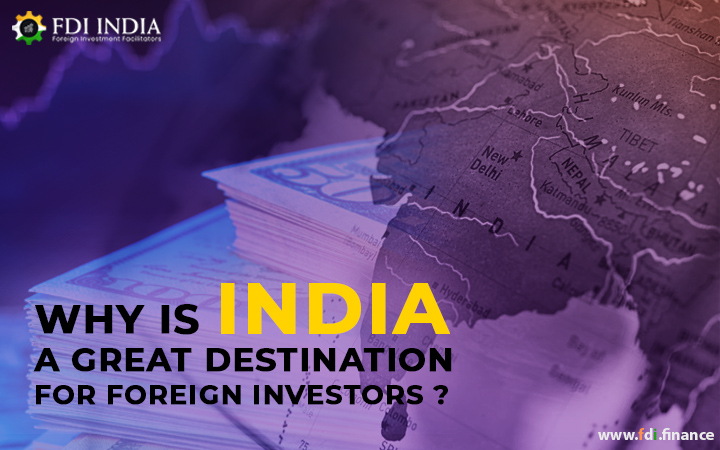 A stable government, high economic growth, strong domestic demand, economic reforms and a young population are just some of the reasons why India’s FDI investment is rising.

It is not far to seek the cause for the increase in FDI and its sustainability at the elevated stages. The macro fundamentals of India have changed. Inflation is under – pressure, but it is due to rising oil prices. Global growth at 7% -plus makes it one of the world’s fastest growing economies. There has been a strong administration at the centre for the last four years and significant structural changes have been pushed forward. As a long-term venture, foreign investors are betting on India.

That is the economy’s broad outline. Let us now look at some of the other big government initiatives that draw Foreign Direct Investments and make them see India as an enticing destination for investment.

India offers better provision and easy norms when it comes to FDI in India.

A young and cheap labour force

We’ve all heard of the demographic dividend in India, and it’s real. India has one of the youngest people in the country, with 47 percent of the population below the age of 25. This means a work force that for a long time, would be involved and profitable.

India also remains one of the countries with a cheap labor force amid increasing incomes. As contrasted to any of the other Asian nations, the cost arbitrage also puts the nation at a distinct advantage.

Size of the Market

The vastly rising and spending middle class of India, which is prepared to invest, is a great draw for businesses seeing saturation points in developing countries. In terms of parity of purchasing power, India is the third largest economy in the world. There is an explanation why the Indian market is dedicated to major retail firms such as Amazon, Walmart and Apple.

Economic growth is high and for the next two years it is expected to continue. The domestic economy, even at manageable levels, is strong enough to support demand and the inflation rate, which is more than the 4% target. Growing crude oil prices are a problem, but all over the world they are a concern.

Some of the region’s best engineering graduates are churned out by the technology institutes, and this is a big bonus for businesses that find a ready-made talent pool. While working in the laboratories of some of the major technology giants that have set up their production facilities here the cream of engineering talent will find an outlet for their innovation and creative instincts.