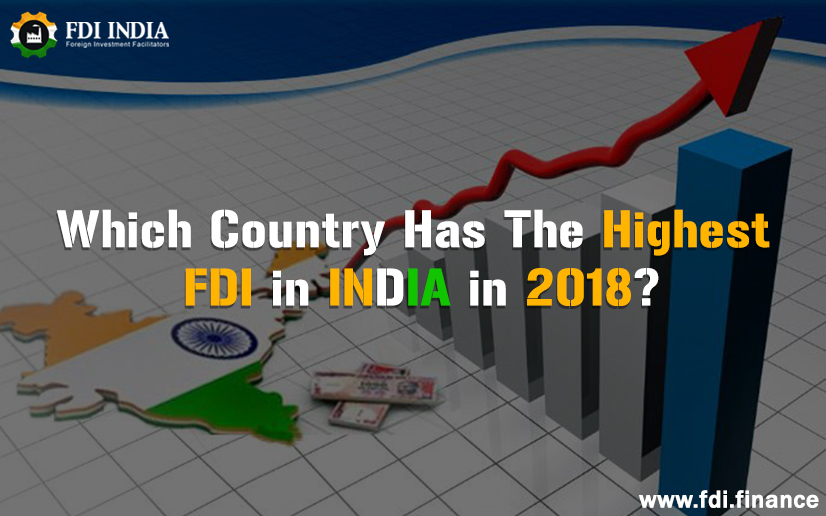 Foreign direct investment is an important factor that facilitates economic development of a country. An FDI is an investment from an entity residing outside the country where the investment is to be made. It is characterized by a controlling ownership in a business of the domestic country by the entity based in another country.

It is distinguished form foreign portfolio investment by a notion of direct control.

Foreign direct investment is also an important source of non-debt financial resource for India. Apart from being a significant driver of economic growth, FDI is also responsible for an inflow of new ideas, technical knowledge, employment opportunities, and improved infrastructure.

Today, India has emerged as an attractive destination for overseas investment thanks to relaxed FDI norms and policies and special investment privileges like tax exemptions. Foreign investors and companies also take advantage of the county’s relatively lower wages.

As per the figures revealed by the Department of Promotion of Industry and Internal Trade (DPIIT), foreign direct investment equity inflows for the year 2018-19 stood at 44.37 billion dollars.

The country with the highest contribution to FDI in India was Singapore with USD 16.23 billion. This figure was followed by Mauritius with a total investment of USD 8.08 billion, Netherlands with USD 3.87 billion, Unites States with an investment amounting to USD 3.14 billion and, Japan with USD 2.97 billion.

More recently, the total amount of foreign direct investment equity inflows for the month of March 2019 stood at USD 3.60 billion.

According to a survey on market attractiveness conducted by the Emerging Market Private Equity Association (EMPEA), India has become the most attractive emerging market for global partners (GP) investment for the coming 12 months.

Going by a report by the UBS, annual foreign direct investment equity inflows in the country are expected to rise to USD 75 billion over the next five years.

The government of India plans to achieve their target of USD 100 billion worth of FDI equity inflows in the next two years. According to the World Bank, private investments into the country is expected to increase by 8.8 per cent in the fiscal year 2018-19 to overtake private consumption growth of 7.4 per cent, and thus, increase the country’s gross domestic product (GDP) in fiscal year 2018-19.