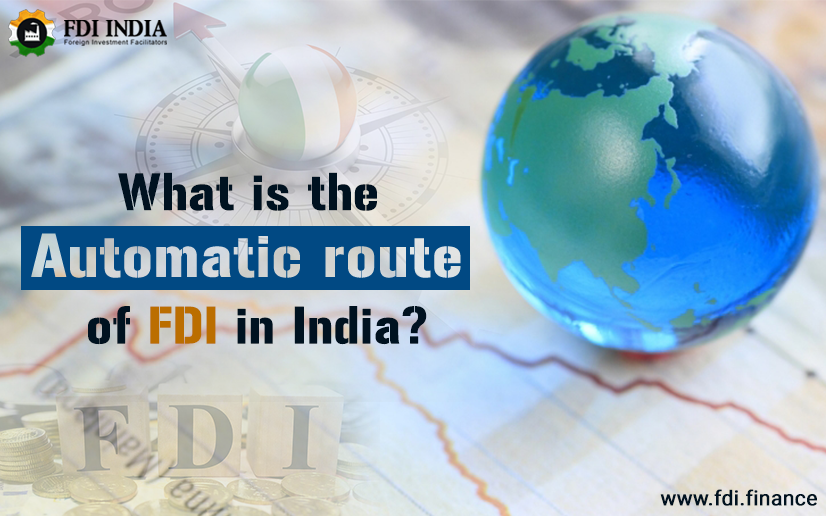 Foreign direct investment, in its simplest definition is an investment by an entity placed outside the country where the investment is being made. In India, overseas investment is a significant driver of economic growth.

Apart from being a facilitator of economic development, foreign direct investment in India also brings in new technology, managerial expertise, new raw materials, and improved infrastructure into the country. It is characterized by a notion of direct control in the business.

India has become an attractive destination for overseas investors, who take advantage of relatively cheaper wages and liberal foreign investment norms and policies.

Under this route, investment into different sectors are less restricted. Foreign direct investment norms and regulations are more liberalized. Here, the overseas investor or the Indian company does not require a prior approval from the Reserve Bank of India (RBI) or government of India for investment into the country.

In order to invest in India, an investor must know that there are broadly three types of Foreign Direct Investment (FDI):

Under vertical investment, a business that is differentiated to an extent is established in a foreign country.

Under this type of investment, an investor opens the same business in a foreign country.

Under the conglomerate investment type, an investment is carried out even if the business is unrelated or different to its existing business.

There is no fixed rate for foreign direct investment in India. While some sectors or industries, allow 100% FDI, the percentages of other industries may vary from 26% to 51%. However, there are some industries where the Government of India strictly prohibits FDI. These industries are as follows:

FDI inflow is restricted in sectors like defense, insurance, etc. in order to safeguard the country.