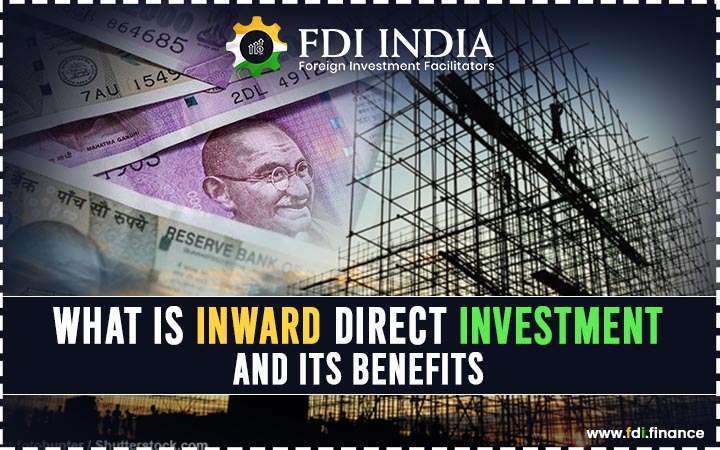 Under inward direct investment, foreign entities (individual or business) invest in a firm that is based in a different country than the investors. Foreign direct investment is a type of inward investment, consisting of mergers and acquisitions or establishing new operations for existing businesses.

According to the United Nations Conference for Trade and Development (UNCTAD), FDI is ‘investment made to acquire lasting interest in enterprises operating outside of the economy of the investor.’

Inward investments into a country are important as they have a positive multiplier effect on the receiving economy. Meaning that they result in the increase of the final national income as compared to the initial injection of FDI.

According to the World Bank, FDI is one of the critical elements in developing the private sector in lower-income economies and thereby, in reducing poverty. FDI is, thus, a critical driver of economic growth and India has over the years liberalized foreign direct investment policies in order to attract more and more foreign investors into the country.

The receiving economy can benefit in a number of ways by inward investments:

1. Foreign direct investment results in an increase in GDP. It has a positive multiplier effect on the receiving economy so that the final increase in national income is greater than the initial injection of FDI.
2. FDI results in more job opportunities and therefore creates more employment in the receiving economy.
3.Local producers have access to the latest technology from abroad.
4. It results in an increase in productive capacity.
5. FDI equity inflows results in a positive effect on the country’s capital account.
6. It solves the problem of a lack of domestic investment and can help ‘kick-start’ the process of economic development.
7. It also brings in managerial expertise and facilitates cultural exchange.
8. Infusion of FDI into the economy also results in improved infrastructure.