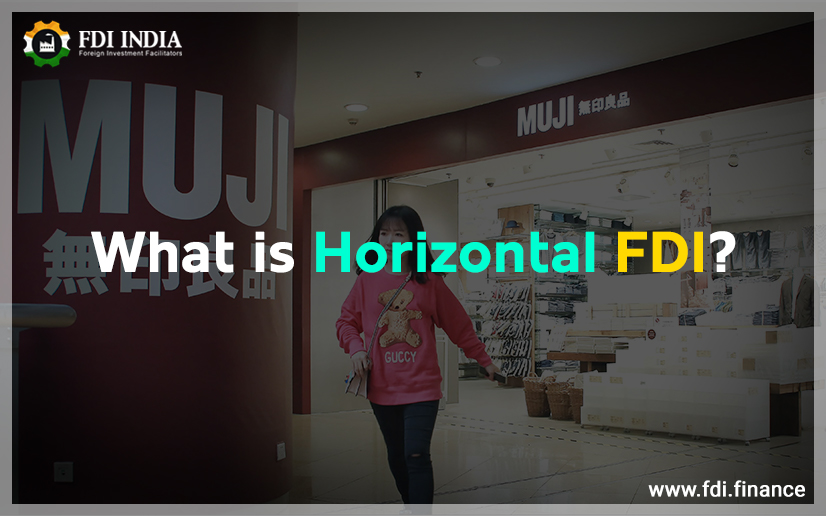 Before describing the types of foreign direct investments, let us first understand what exactly is FDI. In its most simple terms, foreign direct investment or FDI is an investment made by a foreign entity (an individual or a firm) into the business of another country. Now, FDI is not merely the transfer of monetary funds; it is a form of controlling ownership and thus is distinguished by foreign portfolio investment by a notion of direct control.

Today a cause de Globalization, there is a growing economic interdependency amongst countries through foreign trade, migration, foreign investments and cross-border inflows. Some see foreign direct investment as a way to increase jobs, global economy and reduce poverty; others argue that FDI increases interdependency and thus leads to inequality.

However, there is no doubt about the fact that FDI in India is a critical driver of economic development. Overseas direct investment not only brings with in investments, but it also facilitates the job scenario by creating more jobs, improves infrastructure, brings in new technology, and managerial knowhow.

There are two main types of foreign direct investment- Horizontal and Vertical.

Horizontal foreign direct investment refers to the overseas manufacturing of products and services similar to those the company produces and manufactures in its home market. Wondering why is this type of overseas investment called “horizontal”?

It is called horizontal because the company duplicates its business activities of its home country in different countries. This type of FDI arises because it is expensive to serve the overseas market by exports because of transportation costs or trade limitations and barriers.

Vertical foreign direct investment occurs when firms establish manufacturing facilities in multiple countries, each producing a different input to, or stage of, the company’s production process.

After the initiation of economic liberalization in 1991, the Government of India amended FDI policies in order to encourage an increased FDI inflow. India is one of the largest economies in the world with a tremendous growth potential. With its special investment privileges such as tax exemption and relative lower wages, India has become an attractive investment destination for foreign companies and individuals. As of February 2019, the Government of India aims to achieve its goal of US $100 Billion worth of foreign direct investment inflows.

To invest in India, an investor must follow two routes: