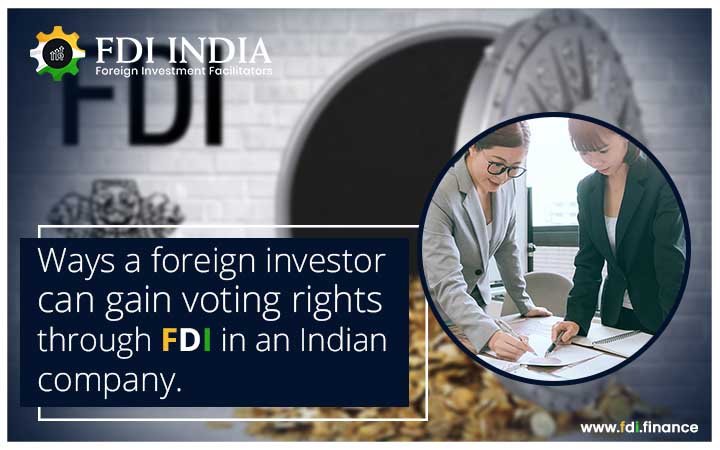 The Government of India has time and again liberalised Foreign Direct Investment policies and norms for NRI’s (non-resident Indian) and PIO’s (person of Indian origin) in order to encourage capital flows into the country. This decision has led to more investments and forex remittances in the country. Today, India is one the most attractive destinations for FDI thanks to relaxed norms and ease of doing business.

According to the Department for the Promotion of Industry and Internal Trade (DPITT), as of August 2019, foreign direct investment equity inflows into the country stood at USD 19.33 billion.

In the first quarter of 2019-20, foreign direct investment equity inflows rose 28 per cent and amounted to USD 16.3 billion from USD 12.7 billion of last year.

In its simplest term, FDI is when a foreign entity (an individual or a firm) invests in the business of another country. It is characterized by a notion of control; it is not just merely the transfer of funds and is a critical driver of economic growth in the country.

A foreign investor can invest in India under two routes- Automatic and Government. Under the automatic route, no prior approval is needed from the government and other ministries, whereas, under the government route, a prior approval needs to be taken by the Reserve Bank of India (RBI) in order to go ahead with the FDI.

An overseas investor can get voting rights in an Indian company through foreign direct investment in the following ways: