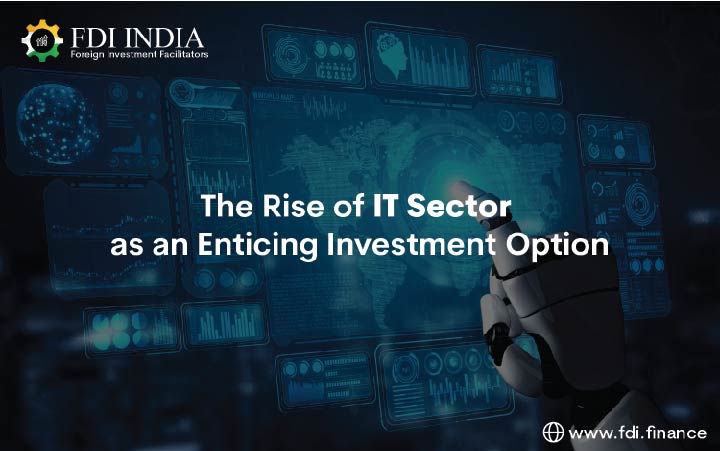 Post-independence, IT sector has gained an enormous attraction towards it. If we look down upon 10 years ago, the IT sectors contribution was less than 5% in country’s GDP. But now the contribution has increased to twice in number.

In the times of covid-19 when the whole world was at still and the economy got depleted, the IT sector faced the major growth ranging from $190 billion to $194 billion, with an overall growth of 2.3%. this was observed because the whole world got its weight on technology with everything becoming online. Revenues in the IT industry are currently anticipated to be $190 billion, up 7.7% year over year, and are predicted to reach $350 billion by 2025.

In India’s IT industry, there are approximately 17,000 companies, with over 1,000 of them being significant companies with more than 50 distribution locations. In the global sourcing market, the country’s cost competitiveness in delivering IT services, which is approximately 3-4 times more cost-effective than the US, remains its unique selling offer. With about 75 percent of the world’s digital talent concentrated in India, the country has become the world’s digital capabilities hub. The industry accounts for 8% of the country’s total GDP.

The key abilities and characteristics of Indian IT have attracted substantial investment from major countries. Between April 2000 and September 2020, India’s computer software and hardware business attracted a total of US$ 62.47 billion in foreign direct investment (FDI). According to data given by the Department for Promotion of Industry and Internal Trade, the industry placed second in terms of FDI inflows (DPIIT).

Also, indian government is doing its best to promote IT sector. India’s Ministry of Home Affairs and the National Critical Information Infrastructure Protection Centre are developing a new national strategy to strengthen the country’s cybersecurity. The government has set up Rs 53,108 crore (US$ 7.31 billion) towards the IT and telecom industries in Budget 2021.

It is one of the largest growing sector which currently employs around 4.1 million people. Therefore, the foreign investment policies have eased for smooth flow of FDI in IT sector.

India is the world’s most popular outsourcing destination for IT companies. After demonstrating its ability to deliver both on-shore and off-shore services to global clients, evolving technologies now open up a whole new world of possibilities for India’s top IT enterprises.