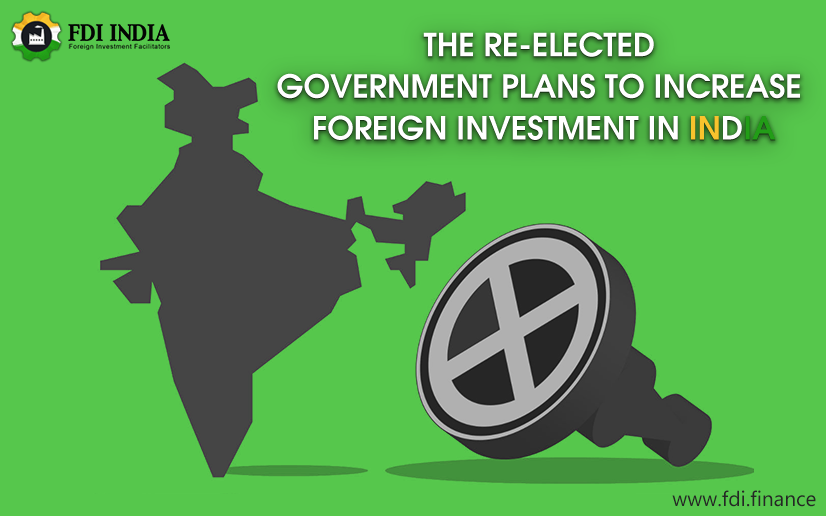 Recently re-elected for the next term, the Modi government plans to increase foreign direct investment inflows into the country. For this, the Ministry of Industry has started preparing proposals that will result in an increased inflow facilitating economic development.

The Ministry plans to offer tax concession to potential foreign investors (includes firms, companies, and individuals). These concessions can be given in the tax form. After economic liberalization began in 1991, the government of India regularly eased foreign direct investment policies. Previously, the government had increased the limit of FDI in various sectors in order to encourage more foreign investments. However, this step wasn’t enough as the country did not witness a heavy inflow of investments from foreign companies and individuals.

Now, the Ministry of Industry has formulated a new proposal that is important to the overall economic development of the country. As per the new proposal, special incentives like tax concessions will be offered to all foreign investors. This will allow major sectors and activities to grow and develop. The three major sectors or industries identifies for this are: electronics, food processing, and the chemical sector.

This proposal has been drafted on the lines of foreign investment policies in Vietnam. Vietnam offers three types of tax concessions or exemptions:

The government of India is preparing a plan on similar lines and claims that this step will result in a consequent annual investment of $100 billion. If this proposal is successfully passed it can result in significant growth and development of various sectors and activities and, therefore, an overall economic development.  The Ministry of Industry has sent this proposal to the Prime minister’s office and will be worked on under the 100-day agenda once the new government takes the oath. This government is said to prioritize on foreign direct investment policies.