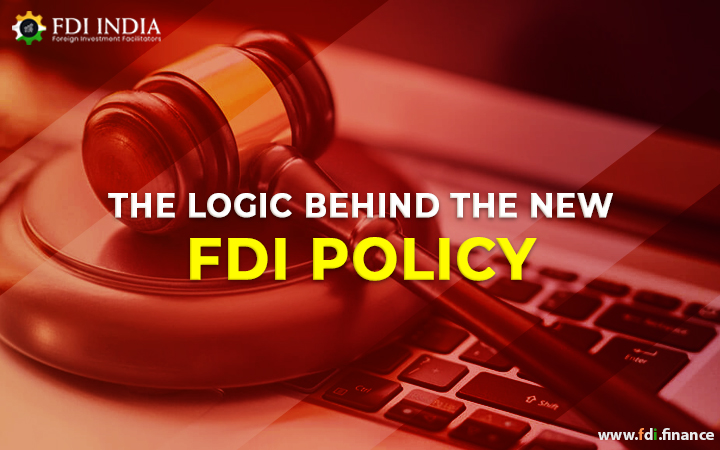 India’s Department for the Promotion and Industry Trade (DPIIT) has modified its FDI policy to restrain the possibilities of predatory foreign investment capitalizing on the financial distress of Covid-19 affecting Indian organizations. The establishment of India’s FDI policy now needs any investment from the nations which share a border with India via the government. Even shifting ownership of the existing or future FDI to such organizations which requires government approval. Since the government has approved FDI from Bangladesh and Pakistan, the intention behind the modification of the FDI rules to regulate the Chinese FDI. The People’s Bank of China recently raised its stake in India’s largest non-banking mortgage provider HDFC from 0.8 per cent to 1 per cent as HDFC has just lost about a third of the share price due to economic disruption.

Reacting to India’s initiative, Chinese embassy spokesperson Ji Rong stated that ‘barriers laid down by the Indian government from the specific countries are violating WTO norms and might go against the liberalization. China’s reluctance has raised a question that ‘India’s modification of FDI policy is reasonable in International Investment law?.

Primarily, it is crucial to know that entry or regulation of FDI in a nation does not count on the WTO. The multilateral WTO agreement controls the discipline on trade and services or intellectual property. In fact, In the 1980s, the conflict between Canada and the United States, the settlement panel, was conducted under the General Agreement on Tariff and Trade. It is not WTO’s right to control foreign investment.

Secondly, International agreements consisting of WTO agreement offers deviations for the extraordinary action taken during the time of emergency. Therefore any initiative that a nation considers important for the preservation of its crucial security interests which are taken during the time of emergency or war and not contemplated to be in breach of the international commitment.

Third, bilateral conflict on the bylaws of FDI would normally be substantial under the conflict settlement structure of the Bilateral Investment Treaty. Currently, there is no bilateral treaty between India and China. Therefore, China lacks the potential to challenge India’s initiative on its FDI policy under the BIT structure.

India’s modification of the FDI policy accompanied the footsteps of many countries trying to prevent China’s predatory purchasing of the low valuing assets during the Covid-19 crises. For example, according to the Guidelines of the European Commission, the current economic shock can boost the potential risk to the strategic industries. In the context of the pandemic, the boosted risk could be an attempt to obtain healthcare capacities or related industries for the research establishment.

In conclusion, India’s FDI norms are strongly oppressed as it is on the legal front. But it is crucial to the larger picture. The captivation of the Indian market can alter the stance altogether.