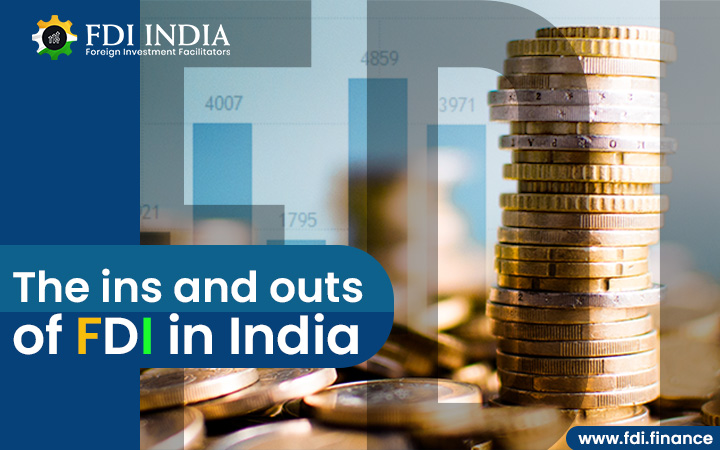 Foreign direct investment in its simplest form is when an investment is made by a foreign entity into a business that is based in another country. One of the fastest growing economies in the world, India ranks third in terms of the preferred investment destination (preceded only by the United States and China).  Over the years, India has emerged as an attractive opportunity for foreign investment thanks to its liberalized FDI polices.

Foreign investors want to invest in India because of its relatively cheaper wages and subsidized process encouraged by the government.

There are mainly three of types of investors:

Foreign direct investment can be carried out under two routes:

Although most sectors of the Indian economy are open for foreign direct investment, there are sectors where no or very little investment is allowed by the government. These restricted sectors are tobacco, lottery business (including government/private or online), Nidhi company, Trading in Transferable Development Rights (DTR’s), and more.

Recently, the government introduced several changes in the FDI framework. They introduced reforms in FDI norms across various sectors such as digital media, single brand retail trade, aviation, contract manufacturing, and coal mining with the hope of attracting more foreign investors to invest in India.