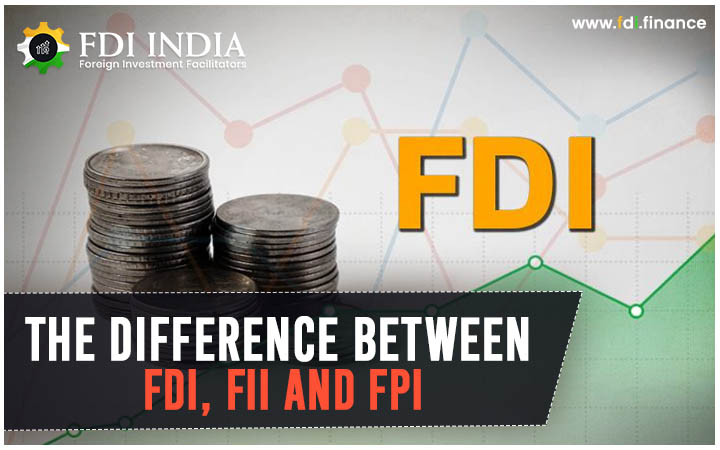 
Foreign Direct Investment (FDI) means investing in a country other than your home country. It involves, foreignn direct capital inflows from one country to another. Wherein, foreign countries have an ownership interest or a say in the business. FDI is generally seen as an excelerator for economic growth and it can be undertaken by institutions, corporations and individuals.  For example, if the UK invests either in TATA’s or by setting up a subsidiary of a UK based company in India.

Foreign Portfolio Investment (FPI) means  investing in the financial assets of a foreign country, such as stocks or bonds available on an exchange. This kind of investment is considered less favourable than direct investment because portfolio investment can be sold off quickly and these are at times seen as short term attempts to make money, rather than a long-term investment in the economy. A few examples of FPI are investments made in the shares of a foreign country. Another example is investment by purchasing the bonds floated by  a foreign government.

Unlike FDI, FPI doesn’t offer control over the business entity in which the investment is made.

Foreign Institutional Investors (FIIs) are large companies that invest in countries other than where their headquarters are located. The term FII is most commonly used in India, where it refers to outside entities investing in the nation’s financial markets. However, this term is also used officially in China. FIIs can include hedge funds, insurance companies, pension funds, investment banks and mutual funds. FII is an important source of capital in developing economies. Yet, countries like India have placed limits on the total value of assets an FII can purchase and the number of equity shares it can buy, particularly in a single company. This helps limit the influence of FII on individual companies and the nation’s financial markets. Examples of FIIs are pension funds, mutual funds, investment trusts, insurance or reinsurance companies, trustees, banks, endowment funds.