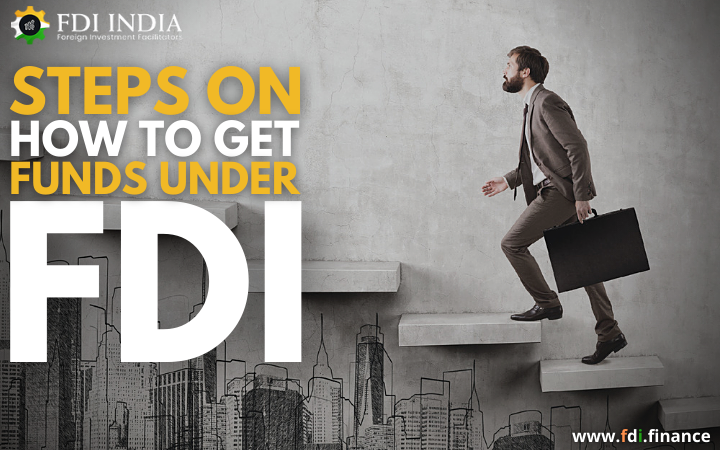 The businessmen of today are very much keen on undertaking foreign investments for their companies as they are a much better option than taking bank loans. For business expansions, an investor is required and then the main question pops up of how to get funds under FDI.

There are various FDI policies that govern FDI in India and it is vital to follow the norms as without it the foreign transactions can be termed as illegal. With FDI India the companies would not have to worry about a thing as they will be taking care of getting the government approvals and they will also be guiding at every step of the process.

It is really important to make sure to follow the government guidelines to get funds under FDI. There has been a major shift of businesses wanting to undertake foreign funding.

There are two routes of foreign investments such as the government route and the automatic route.

The ways to get foreign funds are to follow the rule of the sector in which investment falls in and through this, the investments can be made in Indian companies.