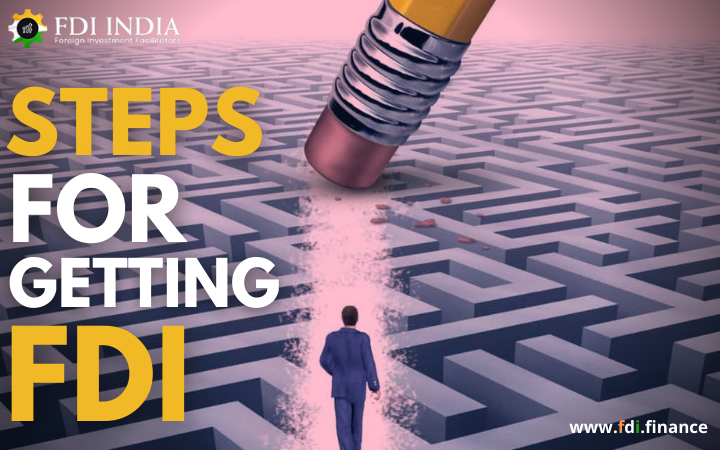 Getting FDI can be a tricky process for the companies/individuals who are new in this sphere as there are various guidelines that have to be followed. The process involves not only getting a foreign investor who wants to invest in your venture but also completing the investment process in a legalized manner by following the government guideline that governs the working of foreign direct investments in India.

FDI is a very lucrative option through which the companies can achieve their goals of business expansion or starting a new project by receiving foreign funding for it. It is a win-win situation for both, the foreign investor and the company where the investments are being made.

The governing body for foreign direct investment in India is the Reserve Bank of India and the act that governs FDI is the foreign exchange management act 1999. There are various amendments that are made to the foreign policy of India from time to time.

What are the ways to receive FDI in India?

There are only two ways that have been prescribed by the government of India through which foreign investors are allowed to make investments in the Indian economy. The two routes which allow FDI in India are the government route and the automatic route.

What are the steps for getting FDI?

The following is the process that is to be followed for the processing of the FDI proposals: