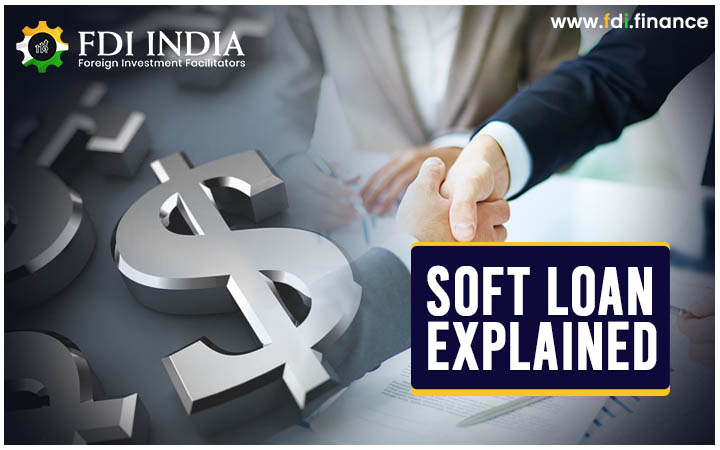 A soft loan is a loan with no interest or a  below-market interest rate (BMIR is a rate that is below the prevailing commercial bank interest rate in effect at a particular time).  Also called  “soft financing” or “concessional funding,” soft loans have relaxed terms, such as extended grace periods in which only interest or service charges are due, and interest holidays. Soft loans typically offer longer repayment (also known as amortization) schedules (in some cases up to 50 years) than conventional bank loans.

Soft loans are often offered by multinational development banks (such as the Asian Development Fund), members of the World Bank, or federal governments (or government agencies) to developing countries that would be unable to borrow at the market rate. In the case of government lenders, soft loans may be used to establish ties between the lending and borrowing countries.

How a Soft Loan Works?

Soft loans are often offered not only as a way to support developing nations but also to establish economic and political ties with them. This often happens if the borrowing nation has a resource or material that is of interest to the lender, which may want not only repayment of the loan but favorable access to that resource.

Soft Loans look innocuously safe, but they have disadvantages—as well as advantages—for lenders.

Along with serving as a platform for the lender to establish broader diplomacy and policies with the borrower, soft loans present favorable business opportunities. A few  railway and industrial parks in Ethiopia have been built with Chinese funds not by Chinese Government but by Chinese companies. Many of the firms that move into the complexes are Chinese, too, and they receive considerable tax breaks on income and imports from the Ethiopian government.

There is also the issue of the borrower having repayment problems, despite the soft loan’s generous terms. Nations may be tempted to take on more debt than they can afford. Such a situation occurred with Ethiopia.