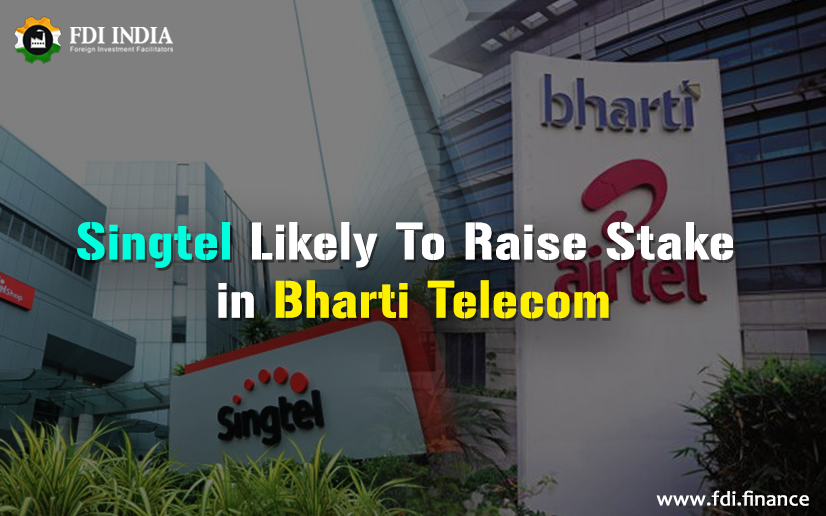 In a move that will result in the reclassification of Bharti Telecom as a ‘foreign’ investor, Singtel is likely to raise its exiting stake in Bharti Telecom to beyond 50 per cent.

This step will transform the holding company into a foreign-owned entity and, subsequently, take overseas ownership in the mobile operator to over 85 per cent.

Currently, the 41 per cent equity stake of Bharti Telecom in Bharti Airtel is classified as ‘domestic’ shareholding as the majority of the shares are owned by the Sunil Mittal family with a 52 per cent stake.

Singtel at present owns a significant 48 per cent in Bharti Telecom and even a small rise in shareholding will result in the reclassification of Bharti Telecom as a ‘foreign’ investor as it will then be majority-owned by the Singapore Company.

Followed by the reclassification, Bharti Telecom’s entire stake in Bharti Airtel that amounts to 41 per cent will be considered foreign equity. As a result, foreign shareholding in Airtel, which currently stands at 43 per cent, is likely to rise to 85.07 per cent. To make proposed changes compliant with foreign direct investment norms, Bharti Airtel last month sought government approval to increase foreign shareholding to 100 per cent.

As per the current Foreign Direct Investment (FDI) norms and rules, 49 per cent overseas investment is allowed under the automatic route and anything between 50 per cent and 100 per cent needs to be approved by the government.

Currently, Singtel owns over 35 per cent in Airtel, directly or indirectly through Bharti Telecom. Mittal family’s shareholding stands at 27 per cent and is expected to remain over 26 per cent after the expected foreign fund infusion in Bharti Telecom.