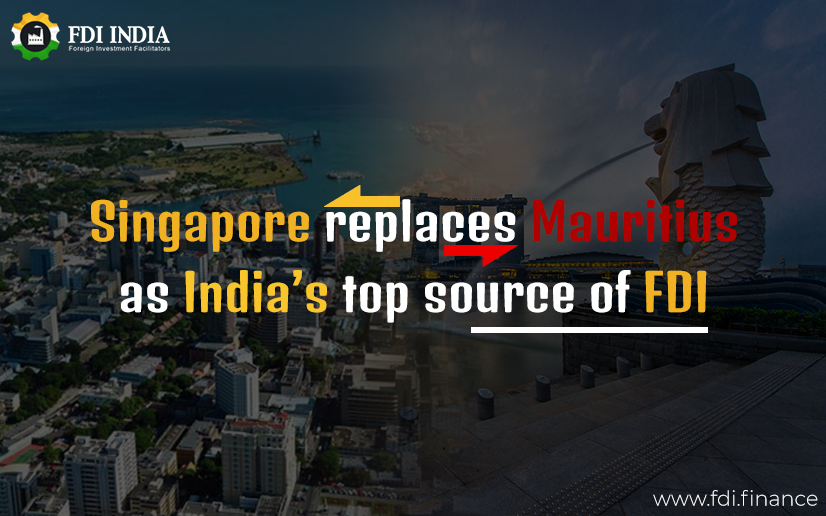 Singapore overtook Mauritius and became India’s largest source of foreign direct investment as its equity inflows crossed 41 per cent during the end of 2018 to nearly $13 billion. In 2018-19, investments seen from Singapore were estimated at $16.2 billion, compared to $8.1 billion from Mauritius, a significantly lower amount.

However, for the first time in 6 years, the country saw a drop in foreign funds in major sectors like telecommunication, pharmaceuticals, and power. According to data released by the Department for Promotion of Industry and Internal Trade (DPIIT), FDI equity inflows declined by 1% and currently stand at 44.4 billion. The sectors that witnessed a growth in foreign investments are services, computer software and hardware, trading, and automobile. Further, according to the recent data by DPIIT, it was found that the National Capital has replaced Maharashtra as the top destination to receive foreign direct investment equity inflows.

After 33 year of no change in policies, India had modified its tax pact with Mauritius in May 2016, allowing authorities in the country to tax capital gains on transfer of the acquired Indian shares. In December 2018, a similar modification was made in the tax treaty with Singapore. According to Akash Gupt, partner and leader for regulatory practice at PwC, the presence of a large number of private equity investors in Singapore helped boost inflows into India. “Now that there is tax neutrality, people are opting for Singapore as it is more accessible and approachable and offers tax incentives through lower tax rates if you locate your regional headquarters there,” added EY India’s Rajiv Chugh.