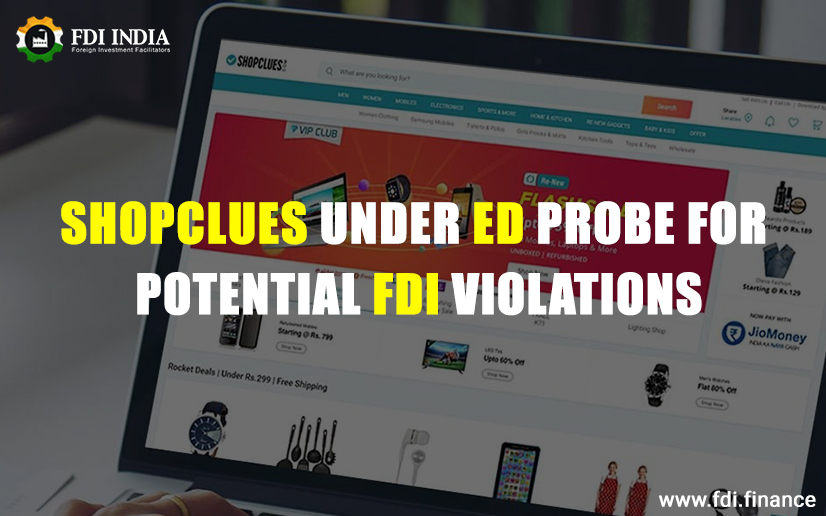 ShopClues, the Gurugram-based company has come under the radar of the Enforcement Directorate for the way it has raised funds through the US based holding company- Clues Network Inc.

The firm is in need of a buyer to avoid collapse. The Enforcement Directorate (ED) has been investigating ShopClues for a potential violation of rules and regulations that come under the Foreign Exchange Management Act (FEMA) since the last two years.

The first notice by the ED was sent to the company in 2017. If ShopClues is found to evade or violate any rule, it can be looking at a heavy penalty apart from other additional liabilities.

According to Entrackr, sources have said that the Reserve Bank of India (RBI) had asked for a clarification over the company’s funding from its holding entity. However, it was not satisfied with inputs given by ShopClues. This resulted in the RBI transferring the matter to the Enforcement Directorate.

Since the first notice in 2017, the company has been issued with several notices.

“Our holding parent entity is US (Delaware) based – we routinely transfer money from our parent entity into India. This requires RBI compliances under FEMA, which are fully compliant with. The ED notice you mentioned was to request these compliances, which we have shown to them to their satisfaction,” said ShopClues in a statement via email.

ShopClues is not the only company to come under the scanner of ED. The Enforcement Directorate is also conducting over overseas investments received by Myntra, Flipkart, and Amazon.

As per a last year’s media report, ED found significant evidence against Flipkart and is likely to impose a penalty of over Rs. 1000 crore.

It is safe to say that ShopClues is in trouble. After its failed deal with Snapdeal, it has been exploring distress acquisition deal with several companies.

The company has also finalized plans to fire another 150-200 employees in the next 3 weeks. Last month they has already fired 200 employees, without any proper severance compensation.