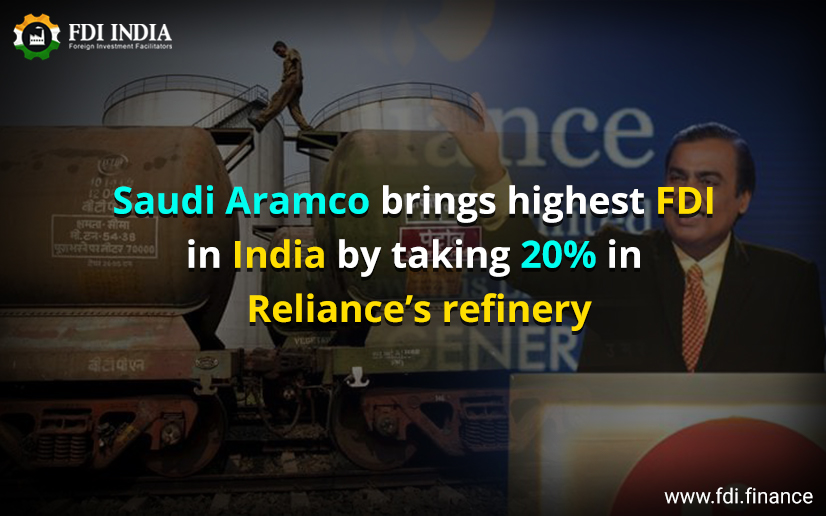 Reliance Industries chairman Mukesh Ambani recently announced a deal with the oil giant Saudi Aramco. He termed this deal as one of the largest foreign direct investments in the country till date.

Saudi Aramco, which is officially the Saudi Arabian Oil Company, is a Saudi Arabian national petroleum and natural gas company based in Dhahran. By revenue, it is one of the largest companies in the world and is also said to be the most profitable company in the world.

Under this deal, Saudi Aramco will be acquiring a 20 per cent stake in Reliance’s oil to chemicals (OTC) business at a value amounting to $75 billion. This oil to chemicals division which is formed by uniting refining and petrochemicals businesses, converts petroleum into chemicals and in the fiscal year 2019 generated the revenue of Rs. 5.7 lack crore.

While addressing the shareholders at the 42nd AGM of the company, Ambani said that the Saudi Aramco deal with take place at an enterprise value of &% billion dollars, which will be subject to regulatory clearance.

Saudi Aramco will additionally, as per the deal be supplying 5,00,000 barrels of crude oil per day on a long term basis to RIL’s Jamnagar Refinery which is the world’s largest refining facility.

Mukesh Ambani said his company is the only diversified Indian enterprise with three major growth engines in one single corporate entity – oil-to-chemicals division, Jio and Retail. All three have done exceedingly well in the past year, he said.