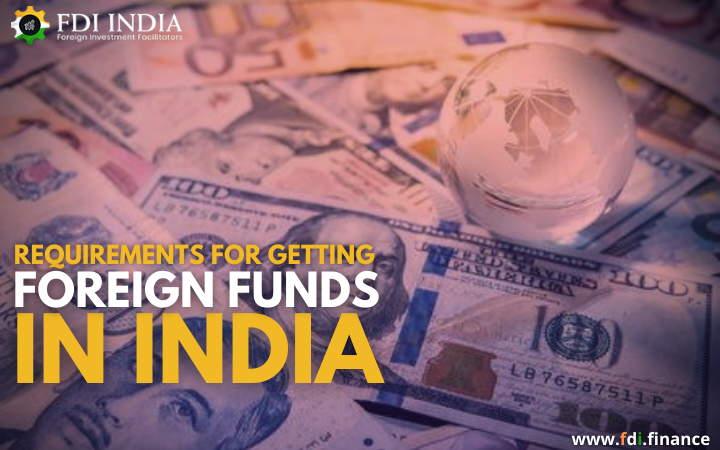 There is a certain set of guidelines that have to be followed to get foreign funding in India. The government of India has laid down certain police regarding foreign direct investments in India and the foreign investors have to abide by the rules to make investments.

The investors and the businessmen who are interested in FDI in India must know about the requirements for getting foreign funds in India.

Many businesses are interested in getting foreign funds for their business investments or expansion as getting investments from the domestic market or through banks get imposed with a high-interest rate.

International funding provides various benefits to the investing company and also to the investor. Due to foreign direct investments, many companies have successfully expanded their business and it is also beneficial for the growth of the company.

Why choose Foreign Funding for Business?

What are the Requirements for getting FDI in India?

What are the Routes of getting foreign funds in India?