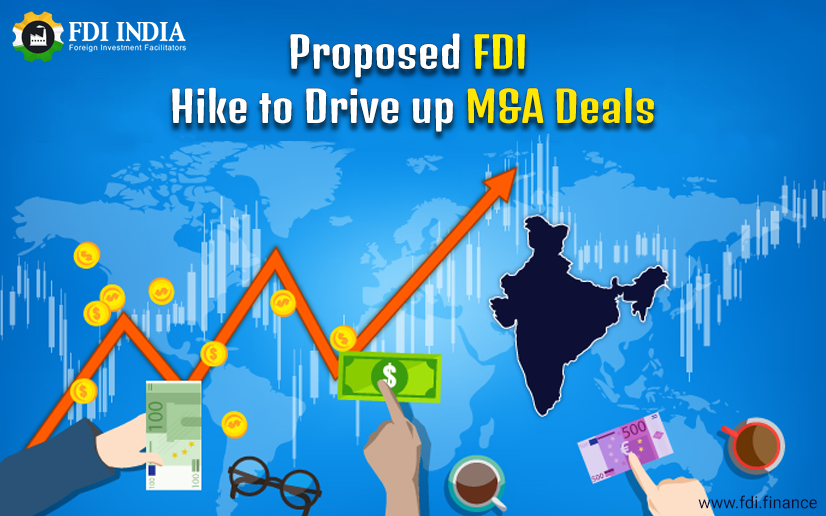 This proposed hike is expected to benefit the M&A sector as existing overseas investors would look to raise their stakes in their Indian joint venture companies.

Sitharaman is her Budget speech said that the government is contemplating to further open up foreign direct investments in aviation, media (including animation, visual effects, gaming, and comics) and the insurance sector. Apart from this, FDI norms are to be eased for the single brand retail sector.

These proposals could lead to an increase in the M&A activities in some sectors but not across all sectors where FDI has been proposed, said Riaz Thigna, Director at Grant Thornton Advisory while talking to Business Line.

“The first impact would be foreign firms which have already invested in these sectors, such as insurance, would increase their investments. Insurance, for instance, has long gestation and break-even periods and I don’t think there will be a lot of M&A activity,” Thigna said.

The government has already approved 100 per cent FDI in the insurance intermediaries sector.

The government is looking at permitting 26 per cent or 49 per cent foreign direct investment under approval route for Uploading and Streaming of news & current affairs through digital media. Currently, the FDI policy permits only 49 per cent FDI in TV channels and 26 per cent in print media.

Department for Promotion of Industry and Internal Trade (DPIIT) is seeking a nod from stakeholders as 100 per cent FDI in Information Utilities and easier FDI regulations in contract manufacturing to push make in India is being considered.

Finance Minister Nirmala Sitharaman in his Budget speech said that India’s FDI inflows in 2018-19 grew by 6 per cent to $64.37 billion.

2018 witnessed a third continuous decline in the global FDI inflows. Foreign investment inflows decreased 13 per cent in 2018 to USD 1.3 trillion from USD 1.5 trillion. “But India’s FDI inflows in 2018-19 at $64 billion remained strong, a 6% growth over the previous year,” she said. I propose to further consolidate, the gains in order to make India more attractive FDI destination. The government will examine suggestions of further opening up of FDI in aviation, media, AVGC (Animation, Visual effects, Gaming and Comics) and insurance sector in consultation with stakeholders,” she said.