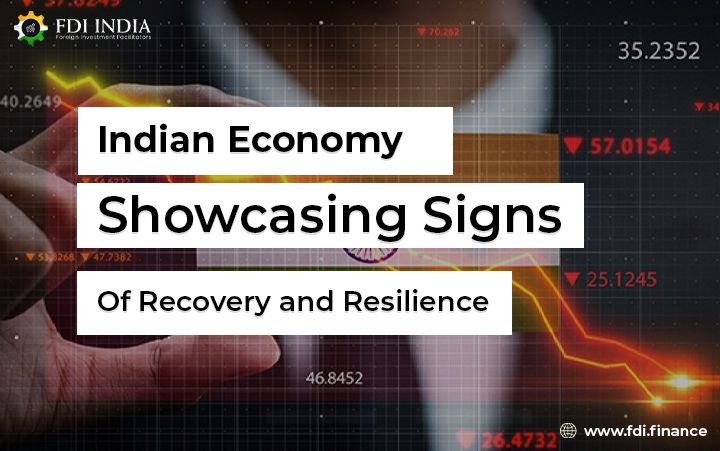 Indian economy is on the path of recovery, showcased by astute development and progress in manufacturing, construction, and agriculture. These were the indications shared by economist Anantha Nageswaran on Monday.

Within his profound tales of our economy’s heroic recovery after the Covid times came a cautionary tale to foreign investors to stay cautious amid the ongoing geopolitical challenges.

According to his words, the Indian economy is showing signs of recovery and resilience in private demand, and the services sector is doing better than expected. Moreover, private capital formation is in development, while FDI inflow shows a steady progress rate.

But the geopolitics of the nation might form a messy outlook for a foreign investor looking to invest in the nation’s pace of growth. According to the esteemed economist himself, the new capitalized banking sector and the new insolvency and bankruptcy code played a big part in increasing the insolvency of the Indian banking system.

The Indian banking system before this was suffering from high NPAs after the financial crisis of 2008. Therefore, good capital formation for good credit growth would drive the economy’s growth.

Nageswaran, an academic and former executive with Credit Suisse Group AG and Julius Baer Group, also stated, “Inflation in India is now at seven per cent. But we are worried about this rate which shows the country is becoming less tolerant to it (inflation).”

But what could have been the reason behind the resilience and pace of recovery the nation has been showcasing. Here are a few elements that helped India get back to its stride in no time.

Supply-related reforms are measures through which economic growth can be fostered by lowering Taxes, decreasing regulations, and allowing free trade. A greater supply of goods would enable the consumer to enjoy lower prices, increasing employment and economic growth. In the case of India, these reforms included deregulation of several sectors, removal of legacy issues like ‘retrospective tax,’ privatization, and production-linked incentive schemes

Amendment in Insolvency and bankruptcy code

Amendment in Insolvency and bankruptcy code also paid dividends in bringing the economy’s pace back. These helped give dooming businesses a new lease of life and helped them stay buoyant even in the most adverse situations.

These have been some ways through which the economy has been able to showcase resilience and prowess even in times of global slowdown due to wars and inflation. The supply-related reforms in the post-COVID times have helped the nation progress and be a consistent and stable country to attract investments. While foreign investors might showcase hesitation due to the ongoing geopolitical challenges, specific sectors have been showcasing profound assets from abroad.

FDI is the way forward if you are reading this from abroad. The pace of the growth of our nation could be a force which would drive your investments to the most lucrative future. FDI India can help you supervise and consult investments into India’s most lucrative sectors. Our long-term partnership plans and services like the revival of NPA accounts can ensure our nation’s growth and promote your financial growth.