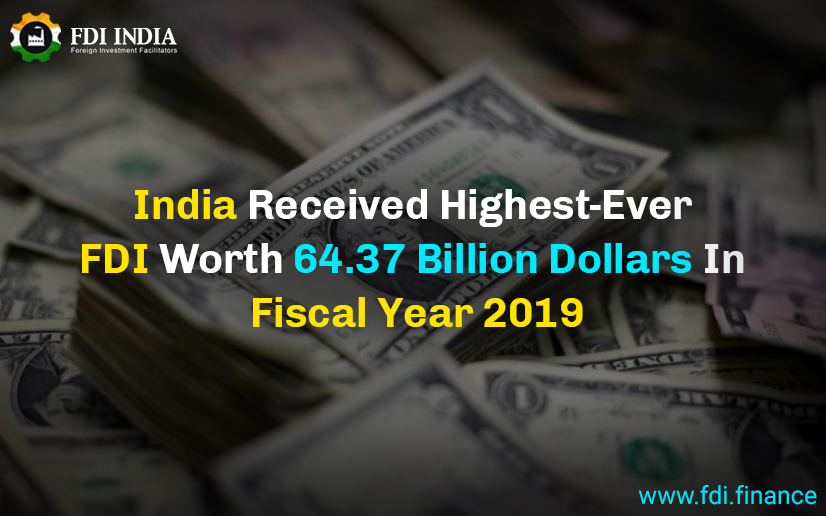 According to the annual report released by the Department for Promotion of Industry and Internal Trade (DPIIT), India received foreign direct investments worth USD 286 billion in the past five years.

A government report said that the country received its highest-ever overseas investment equity inflows, which amounted to a total of USD 64.37 billion during the fiscal year ended in March 2019.

“In the current financial year (2018-19), the country registered highest ever FDI inflow of USD 64.37 billion,” the report said.

Foreign direct investment is a critical driver of economic development of a country. Apart from brining in investment, foreign investments also bring an inflow of the latest technology, resources, employment opportunities, managerial knowhow, and improved infrastructure.

The Department for Promotion of Industry and Internal Trade (DPITT) also said that the reforms that were made in the last financial year have resulted in India surpassing the foreign direct investment received in the year 2016-17 and registering an inflow of USD 60.98 billion during 2017-18.

Apart from this, the DPIIT also talked of an action plan for the promotion of Indian ‘geographical indications’ (GI’s). This plan can help supplement the incomes of our farmers, weavers, artisans and craftsmen. A logo and tagline for all Indian GI’s has been prepared through crowd sourcing.

The government has regularly eased FDI policies and norms in order to attract more foreign investors. India, the largest democracy in the world, is one of the most attractive destination for foreign investments.