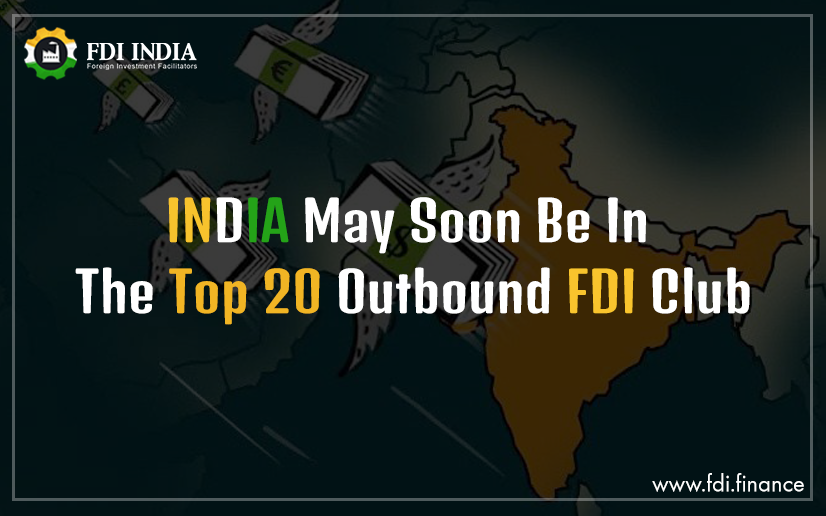 According to a survey of Investment Promotion Agencies (IPA’s) by the United Nations Conference on Trade and Investment (UNCTAD), India may soon enter the league of top 20 global sources of Foreign Direct Investment (FDI). It may break into the top 20 countries as soon as the end of 2019. Along with India, UAE is also said to make an entry in the league and become for the first time among the top FDI sources for the 2019- 2021 period.

Foreign investment equity inflows in India doubled in 2017 to $ 11.3 billion, mostly led by ONGC, which bought a 15 per cent stake in an offshore field in Namibia from Tullow Oil, which was founded in Ireland and headquartered in the UK. In 2018, the outward foreign investment by the country stood at $ 11 billion.

UNCTAD said in its latest World Investment Report, “India and the United Arab Emirates, not traditionally in the top 20 outward investor countries, were also considered among the top 10 most important sources of FDI for the 2019 to 2021 period,”.

According to the Investment Promotion Agencies, the most likely sources of foreign investment to their countries are tied between the United States and China for the first place.  The next most important sources are considered to be three large European countries- the United Kingdom, Germany and France.

In 2018, foreign direct investment equity inflows in India rose by 6 per cent to $ 42 billion. However, the country’s rank as a source country for FDI fell to the 10th position as Spain one upped India to the race. Inbound foreign investment showed a different picture. For the first time in 6 years, in 2019 the equity inflows dropped by 1 per cent and were reduced to $ 44.36 billion as compared to the $ 44.85 billion from the previous year. These figures were revealed by the Department for Promotion of Industry and International Trade (DPIIT).