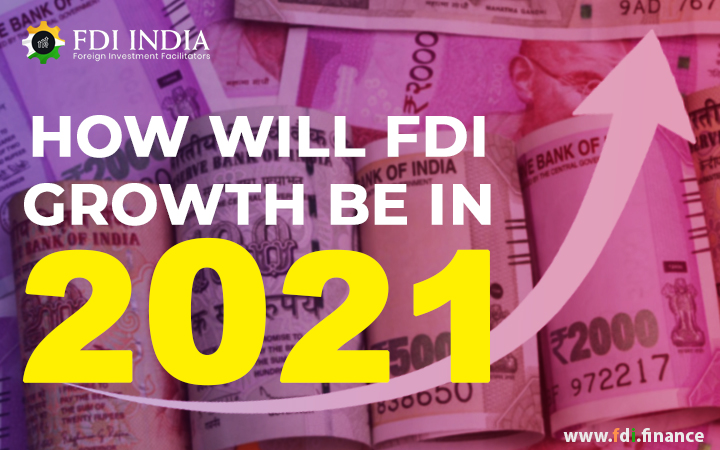 When it comes to the high growth history of foreign Direct Investment in India, it is sure to “go well” in the year which is 2021, as well. With an increment in the concerns amongst the foreign investors in the country, there have been some ongoing government reform initiatives that have further boosted the market ambience. This has come regardless of the global economic slowdown that India faced due to the COVID-19 pandemic.

A global recession hit the surface of earth. We were under the impression that post-COVID there would be a significant drop in the FDI growth patterns in India. Yet, to our surprise the slowdown has not occurred, and the FDI continues to grow well, which in turn is helping the economy experience a turnaround. The government instituted a national shutdown to limit the transmission of disease, and economic activities were also seriously affected by the transition.

The government has relaxed the FDI requirements in several industries, such as defense manufacturing and it is also observed in some of the areas that we will look forward to. After taking a number of measures to dramatically boost the ease of doing business, the government is now trying to reduce the pressure of compliance on companies. Any compliance that is burdensome will be eliminated, including the de-criminalization of civil wrath. Among other fields, the government has relaxed FDI standards in coal mining, contract manufacturing and single-brand retail trade. International direct investment equity inflows to India crossed the $500 billion mark between April 2000 and September 2020 to improve the country’s image as an investment destination.

Although FDI is enabled by an automated route in most industries, in some areas such as telecommunications, media, pharmaceuticals and insurance, government approval is a must for foreign investors. FDI is significant, as India will need major investment in the coming years to upgrade its infrastructure sector to boost growth. Stable increase in international inflows tends to sustain the balance of payments and the stability of the rupee.