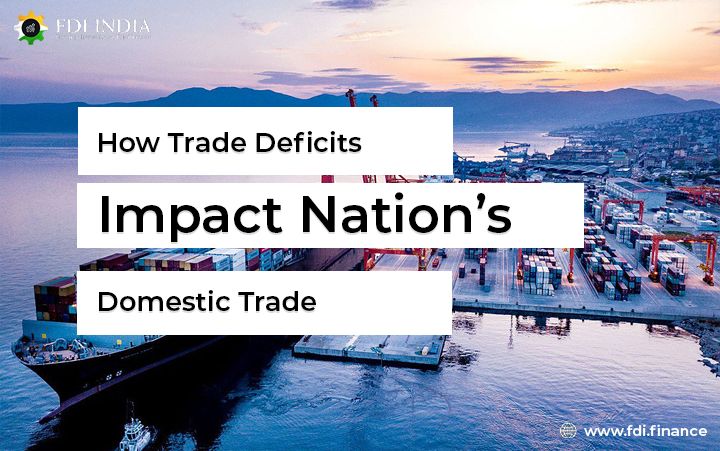 The trade deficit between India and China rose to $75 billion, as reported by data released by Chinese customs. China’s exports to our nation climbed to USD 89.66 billion, registering an increase of 31%, while the exports from India towards the Chinese national confines showcased a recession of 36.4%.

The recessionary decline in the exports towards the nation has been one of the prime reasons behind the soaring Trade deficit, which went up to 75.69 billion.

In the past few years, India has been ardently pushing the idea of make in India; still, the dependency upon Chinese goods does not seem to have showcased any decline. As evident by soaring trade deficits and increasing import trends even during national disruptions at borders.

Even last year, the trends were similar and showcased a trade deficit of about USD 69.38 billion while China’s exports increased by 46.2 % and India’s exports to China grew by 34.2% to USD 28.14 billion.

While the trade deficit in-between the nations as of now showcasing no signs of settling, here are a few of the disadvantages and affects soaring trade deficits lead to

A trade deficit is a negative balance in an international transaction account. A depleting trade deficit showcases a nation that cannot bear its needs by itself and rely upon other countries. An indicator that can further impact the FDI and investors’ belief in the nation’s economy.

What Increasing Trade Deficit Leads To

An increasing trade deficit means an increased amount of imports from neighboring nations; these could have various impacts, such as

While increasing the trade deficit can have negative impacts upon the FDI as well as the reputation of the country in the international markets, it also brings forth certain advantages as well. Trade deficits are a result of increased imports which help in the rescue of shortfall in goods needed. According to the data presented here are some of the disadvantages of the trade deficit.

The increasing deficit due to imports from China could only be handled by increasing the domestic production in the nation, which has been one of the main aims of Atmanirbhar Bharat. Atmanirbhar Bharat has been able to establish production and manufacturing for a lot of industries and dynamics that were previously imported. Such Increasing trends in the domestic manufacturing dynamics have been one of the prime reasons for fetching increased FDI to India. If you want to reap the benefits of increased return, invest in the pace of India’s growth under the supreme financial supervision of FDI India. FDI India’s services, such as NPA account revivals, financial investment supervision, etc., would help you earn benefits from our nation’s growth.