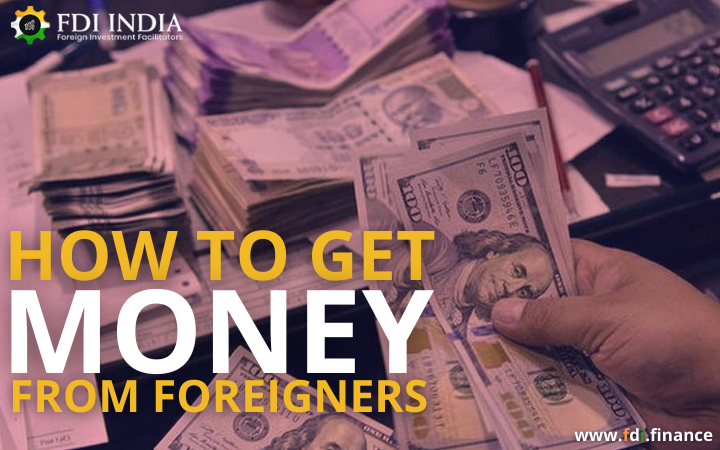 The business environment of today is not only limited to the geographical limitations as now businesses are expanding globally. In this ever-expanding and dynamic business environment, it is essential to know how to get money from foreigners as without this knowledge it is not possible to expand business operations globally.

There are certain important things to know to get money from abroad. There are many ways that are available today that make the process of getting money from foreigners easy but insightful information is required about the methods so that nothing goes wrong in the transactions.

Getting finance or capital from abroad has become the necessity for the business enterprises that have not been able to secure investments from the domestic market. The businesses have no option but to take advantage of foreign investments flowing into India and make the situation profitable for their business.

In terms of getting money from foreigners and foreign companies, there are certain government rules and guidelines that have to be followed otherwise the money that comes from abroad without the government notice can be termed as a serious offense.

It is vital to know all the changes that take place through the allowance of foreign money into a company.

According to the FEMA (Foreign exchange management regulations), the following are the ways through which foreign investments are allowed in India:

There are two routes through which investments/money can be taken from foreigners and foreign investors and they are the government route and the automatic route.

Through the automatic route, there is no requirement to take government approvals in order to make investments in the sectors that come under it.

Before making or taking the investments it is best to check the latest news and guidelines of FDI in India as foreign policy gets changed from time to time.

The facilitation agency that works to provide consultancy and helps the companies to meet foreign investors is FDI India. They have years of experience in this field and they provide the best of services in terms of foreign investments.