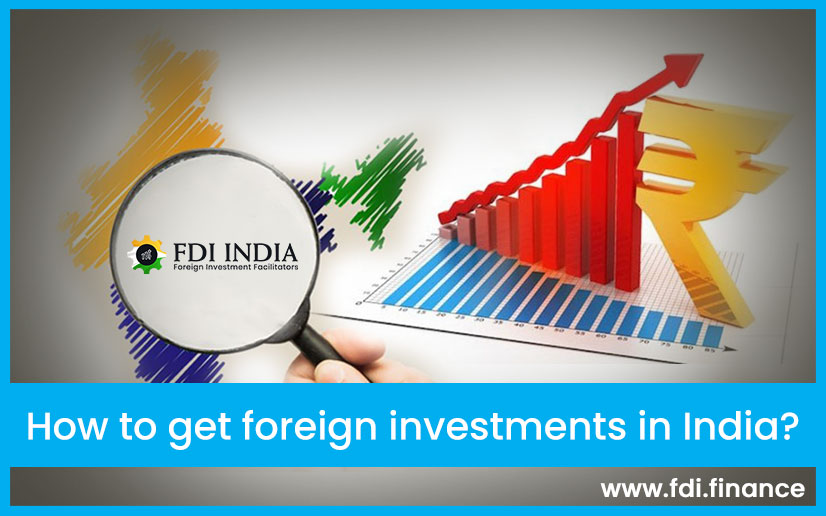 India, one of the largest economies in the world, is a land of opportunities. However, if you are a businessperson looking to expand your existing business or building it up from the scratch, getting a foreign investor to invest in your business is not always easy. That is why it is recommended to bring in FDI facilitators not unlike us. We put you out on the right path and help you connect with the right investor for your business.

FDI in different sectors and activities under the government route will be subject to approval by the Government of India when:

After receiving Foreign Direct Investment either under the Automatic Route or the Government Route, an Indian company is required to comply with provisions of the FDI policies, which include the reporting of the foreign investment to the Reserve Bank of India (RBI).