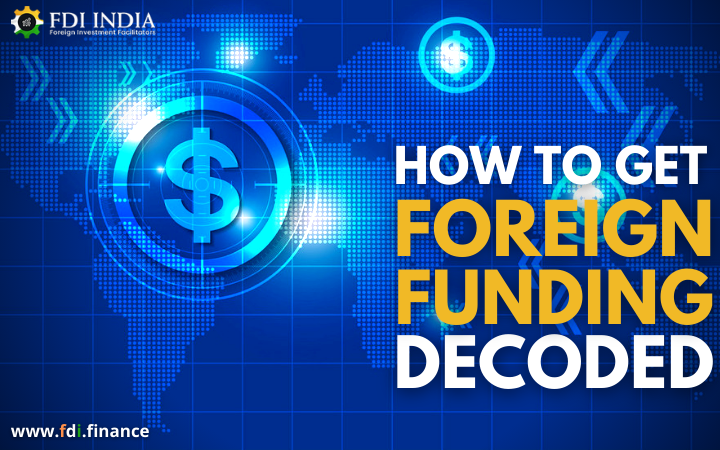 There are various mediums through which the companies can get foreign funding. Indian companies that are on the lookout for foreign funding’s require clarity on the process of FDI and that clarity is provided to them by FDI India.

In ways of how to get foreign funding to find the right foreign investors for the business venture, the team of FDI India helps at every stage of the process. It is a must to have an expert by the side when it comes to foreign direct investments as it can be a tricky process for a layman.

The nonavailability of the capital can pose a lot of problems for the company as they would not have options to take the project further. The domestic funding options cannot be viable for some companies as the interest rates can be high and this is not the issue with foreign direct investments.

Therefore companies are wanting to get foreign funding for their business ventures. The government of India has also been taking measures to make sure that the FDI policies in India are liberal so that the foreign investors are lured to make investments into the country.

One factor that assists in getting foreign funding is that the company must abide by all the governmental policies and rules as it then makes it easy for the foreign investors to rely on the company and also the FDI procedure becomes easy.