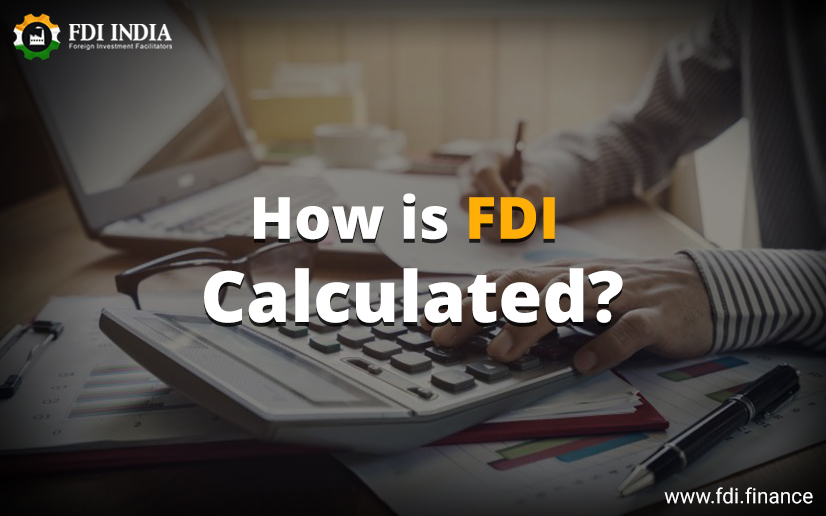 Before getting into how to calculate foreign direct investment, let us have a look at what FDI is.

Foreign direct investment is an investment in the form of a controlling ownership in the business of one country, made by an entity placed in another country. FDI in India, is a critical driver of economic development. Apart from helping the economy expand, overseas investments also bring with them an inflow of job opportunities, new technology, managerial expertise, better infrastructure and new ideas.

Foreign direct investment is the sum of equity capital, long term capital, and short term capital as reflected in the balance of payments. FDI is characterized by a participation in management, joint-venture, transfer of technology and expertise.

Stock of foreign direct investment is the net (i.e., the outward FDI minus inward FDI) cumulative FDI for any given duration.

What is FDI GDP ratio?

Foreign direct investments are the net inflows of investment to acquire a lasting management interest (i.e. 10 per cent or more o stocking vote) in a company or firm of an economy other than that of the investor.

The FDI GDP ratio is the sum of equity capital, reinvestment of earnings, other long-term capital, and short-term capital as reflected in the balance of payments. This series shows net inflows (new investment inflows less disinvestment) in the reporting economy from foreign investors, and is divided by the Gross Domestic Product (GDP).

This control can be partial, but it is a significant control.