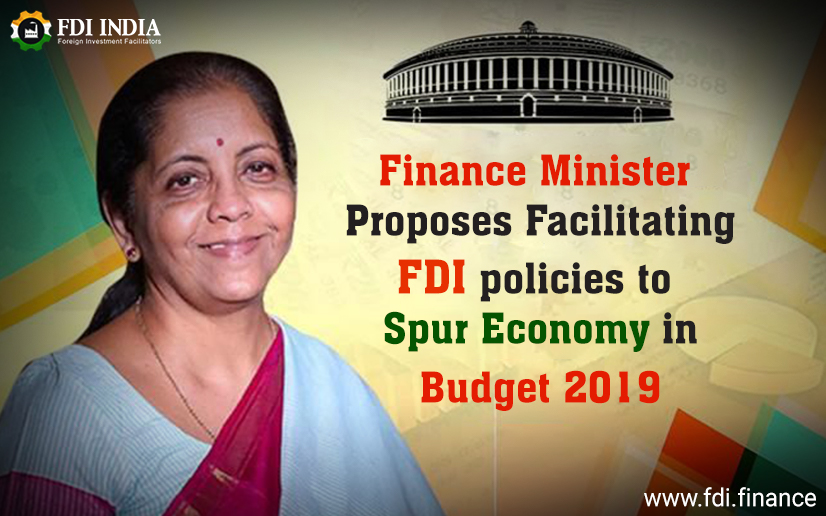 In her speech she announced that the government will allow 100 per cent foreign direct investment for insurance intermediaries, while also considering the opening up of FDI in the insurance industry.

The minister also said that the government will ease local souring norms for foreign investments for single-brand retailing sector.

2018 witnessed a third continuous decline in the global FDI inflows. Foreign investment inflows decreased 13 per cent in 2018 to USD 1.3 trillion from USD 1.5 trillion. “But India’s FDI inflows in 2018-19 at $64 billion remained strong, a 6% growth over the previous year,” she said.

“I propose to further consolidate, the gains in order to make India more attractive FDI destination. The government will examine suggestions of further opening up of FDI in aviation, media, AVGC (Animation, Visual effects, Gaming and Comics) and insurance sector in consultation with stakeholders,” she said.   As of now, the government permits 26 per cent FDI in the publishing of newspapers and periodicals involved with news and current affairs through the approval route. In aviation, the government has restricted the FDI limit to 49 per cent. This means that foreign carriers are allowed to own 49 per cent in Indian carriers.