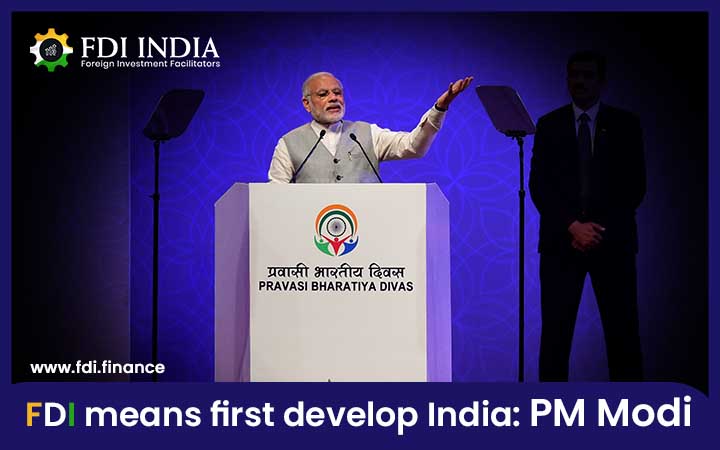 Amidst countrywide protests against the Citizenship Act 2019, people were also raising concerns over the country’s dwindling economy. Finally addressing the decreasing economic condition of India, Prime Minister Narendra Modi said that the nation will emerge stronger out of the slowdown.

While addressing the audience at an Assocham event, the PM said, “Indian economy has faced slowdown in past, the country will emerge out of the current slump much stronger. We want to formalise and modernise Indian economy.”

“Indian economy was headed towards disaster five-six years back; Government checked and brought discipline”, he added.

At the event, Modi also said that foreign direct investments (FDI) witnessed a stable growth in the last five years and by a means of wordplay, called FDI- first develop India.

“In the last few years, FDI in India has increased. FDI, for me, has two meanings. One is Foreign Direct Investment, and for me, another one is, ‘First Develop India’,” Modi said.

The PM also pointed out the improvement in India’s Ease of Doing Business ranking which stood at the 63rd place as compared to the previous 142. He said that the country has a government that listens to farmers, labourers, and the corporate world alike.

In a bid to highlight his government’s pro-business stance, Modi said that the centre was looking to decriminalise provision of Companies Act in order to make it easier to carry out business activities in the country.

He also addressed how the recent cut in corporate tax had brought down rates to an all-time low for businesses. He, however, also emphasised that the labour force should also be taken care of.

Dynamic changes have been made in the Goods and Services Tax (GST) on the suggestion of trade and industry, he said adding that India is among the top 10 nations which have, in the last three years, made the maximum improvement in ease of doing business ranking.