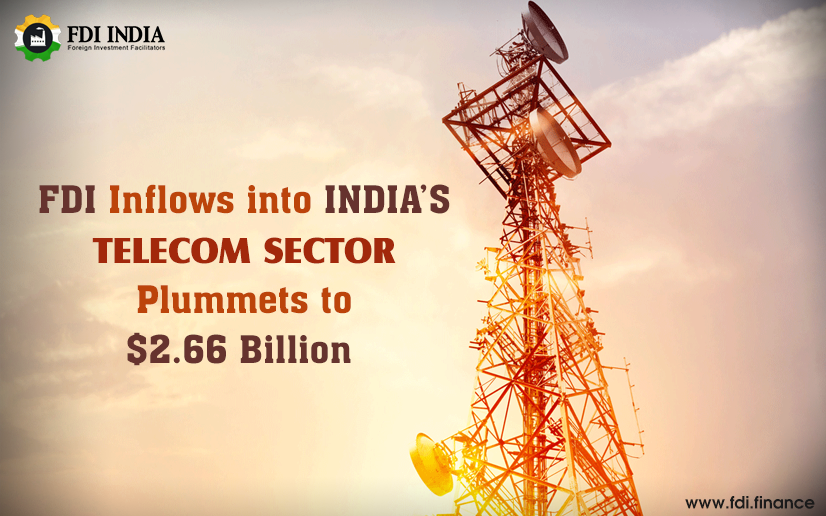 Foreign direct investments in the telecom sector of the country have taken a downward hit, plunging to 2.66 billion dollars in FY 2019 as compared to the much higher figure of over 6.21 billion dollars in the year 2018. The Government said that the reason for this sharp fall could not be attributed to either regulatory uncertainty or financial stress in the industry.

“Stressed financial conditions cannot be held responsible for the year-on-year decline in FDI, and neither has there been (any) regulatory uncertainty or lack of a conducive environment to invest in the telecom sector,” communications minister Ravi Shankar Prasad told Parliament on Wednesday.

The quantum and nature of FDI inflows, he said, depends on many factors, and “no specific reasons” may be attributed for increase or decrease in FDI on a year- to- year basis.

The telecom sector of India continues to be weighed down by a debt amounting to around Rs. 8 lack- crore. The reason for this has been attributed to high historical spectrum prices along with a pressing pressure on revenue and profitability, due to the price war triggered by Reliance Jio’s entry 3 years ago which offered data and other services at highly competitive prices.

After Jio entered with free voice for life and data at dirt cheap prices, the market situation became very competitive. It also promoted changes in the regulatory system. Reportedly, both Telenor and Sistema JSFC suffered a loss of about 4 billion dollars each on their telecom investments in the country. Recently, the total foreign direct investment equity inflows into the economy of the country had declined for the first time in over 6 years. The FDI inflows dropped by 1 per cent and were reduced to $ 44.36 billion as compared to the $ 44.85 billion from the previous year. These figures were revealed by the Department for Promotion of Industry and International Trade (DPIIT).