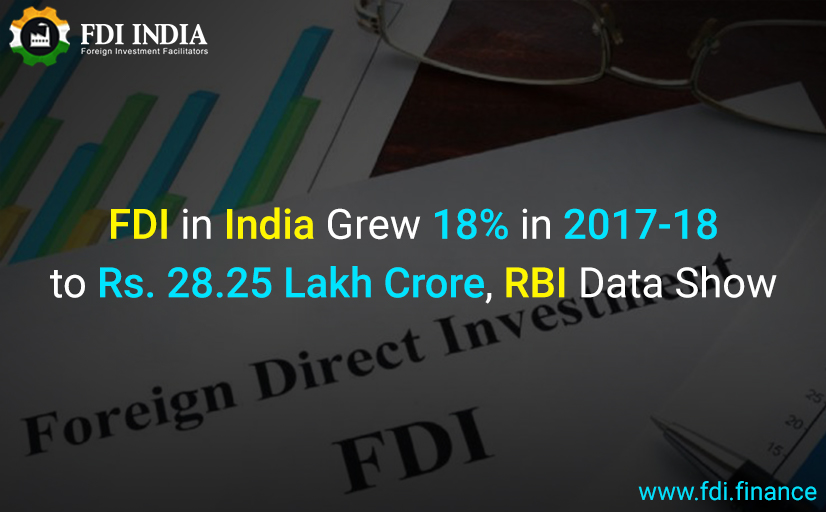 According to data released by the Reserve Bank of India (RBI), foreign direct investment (FDI) in India during the previous fiscal year of 2017-18 increased 18 per cent to Rs. 28.25 lakh crore. Foreign investments increased by Rs 4, 33,300 crore. This included the including revaluation of past investments, during 2017-18 to reach Rs 28,24,600 crore in March 2018 at market value, according to the data by RBI on ‘Census on Foreign Liabilities and Assets of Indian Direct Investment Companies, 2017-18’.

In the census participating companies, 15,104 were common from the previous census round and 5,628 reported for the first time. Besides, 1,916 companies that reported in the previous round did not report in the latest round.

“FDI companies witnessed a substantial increase in other investment liabilities, largely due to the increase in trade credit,” the RBI said.

The overseas direct investment (ODI) by domestic companies grew by 5 per cent to Rs. 5.28 lakh crore.