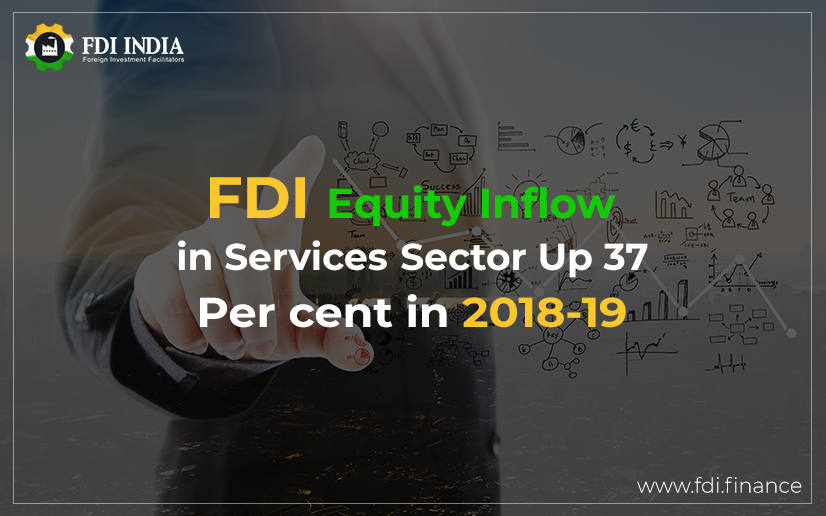 An important sector, services sectors of India contributes over 60 per cent to the country’s gross domestic product (GDP). It serves as an attractive sector for foreign investments. According to the Department for Promotion of Industry and International Trade (DPIIT), foreign direct investment in the services sector grew 37 per cent and currently stands at $9.15 billion in 2018-19.

The services sector includes banking, finance, insurance, outsourcing, courier, tech testing, and analysis. In 2017-18, the sector attracted FDI equity inflows worth USD 6.7 billion. Since it makes up for a significant per cent of GDP, increasing the inflow of foreign investment in the services sector is imperative. Over the years the Government of India has been regularly easing FDI policies in order to encourage more foreign investments.

The government had taken several measures like fixing timelines for prompt approvals and streamlining procedures to improve ease of doing business in the country. Between April 2000 and March 2019, the services sector accounted for about 18 per cent of the total foreign direct investment. Other sectors that received high FDI include trading, computer software and hardware, automobile industry, and chemicals.

However, for the first time in the last 6 years, the country witnessed a drop in foreign investments in 2018-19. There was a decrease of 1 per cent, with FDI amounting to USD 44.4 billion. According to official data, foreign investment dipped significantly in telecommunication and pharmaceutical sectors. Foreign direct investment plays a vital role in the overall economic development of the country. In order to boost growth in sectors like infrastructure (ports, airports, highways), India requires investments of around $1 trillion.