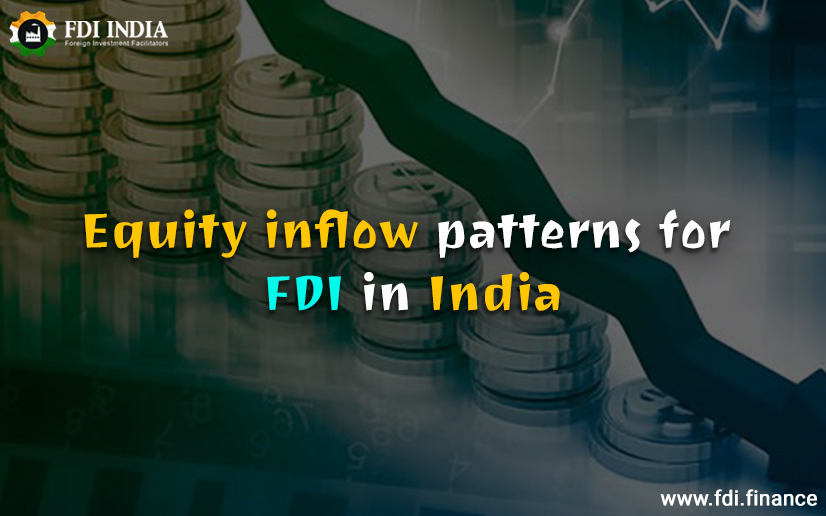 What is Foreign Direct Investment?

Foreign direct investment is an investment by an entity placed outside the country where the investment is being made. This type of transaction is characterized by a controlling ownership in the business of the domestic country.

It is different from a foreign portfolio investment by the notion of direct control. Foreign direct investment (FDI) in India is a significant contributor in economic development.

As per a survey conducted by the Investment Promotion Agencies (IPA’s) by the United Nations Conference on Trade and Investment (UNCTAD), India may soon enter the league of top 20 global sources of Foreign Direct Investment. It may make its way into the top 20 countries as soon as the end of 2019. Along with India, UAE is also said to make an entry in the league and become for the first time among the top FDI sources for the 2019- 2021 period.

FDI in India Dipped for the First Time in 6 Years.

According to the recent data released, foreign direct investment equity inflows declined for the first time in the last six years during the period of 2018-19. FDI inflows fell 1 per cent and currently amounts to 44.37 billion US dollars. FDI is said to have decreased significantly in the telecommunications and pharmaceutical sectors.

FDI Equity Inflows Into the Country

As per the data given by the Department of Promotion of Industry and International Trade (DPIIT), total inflows of FDI in India stood at USD 44.37 billion in 2018-19. 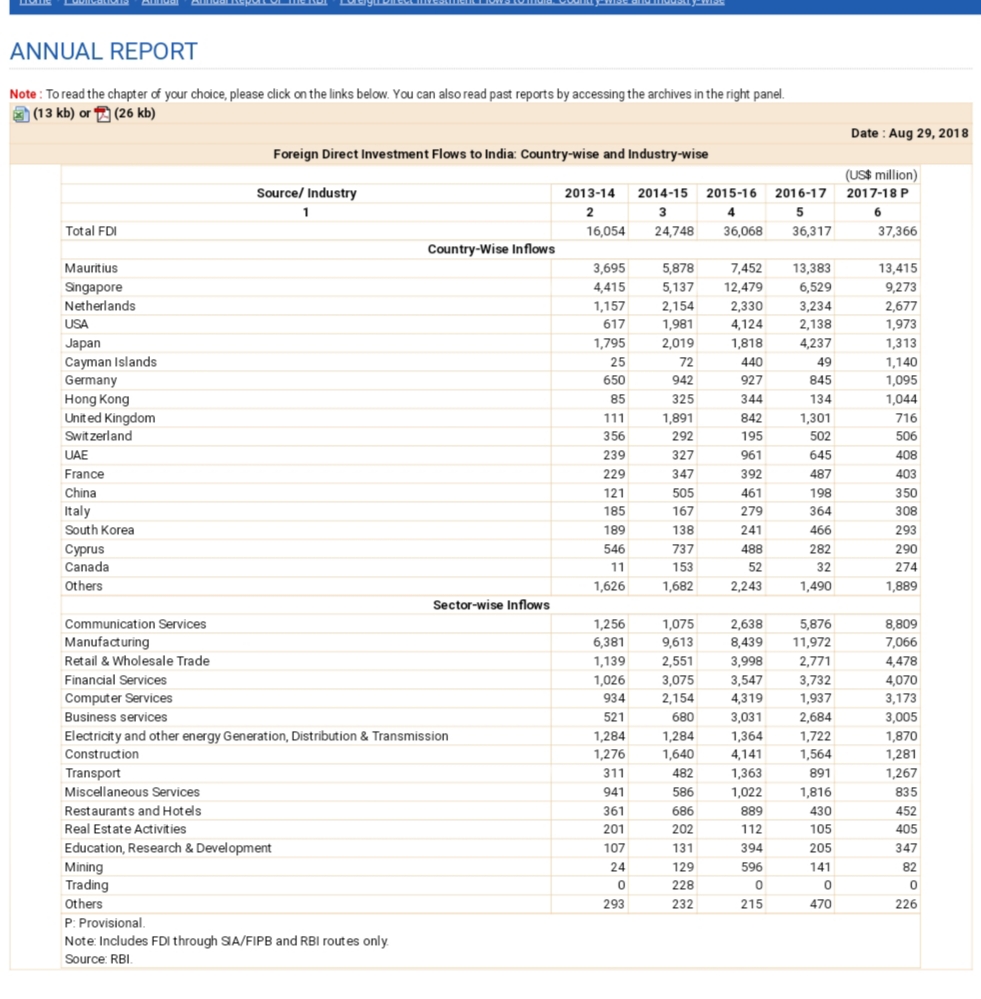 Data for the period of 2018-19 indicates that the services sector attracted the highest FDI equity inflow of USD 9.16 billion, followed by computer software and hardware which attracted USD 6.42 billion, trading stood at USD 4.46 billion and telecommunications at USD 2.67 billion. Most recently, the total foreign direct investment equity inflows for the month of March 2019 touched USD 3.60 billion.

The countries contributing the highest FDI equity inflow into the country during 2018-19 are:

In the year 2017-18 Mauritius continued to be the largest source of FDI in India with 19.7 per cent. This figure was followed by the United States, the United Kingdom, Singapore, and Japan.

According to data released by the Reserve Bank of India (RBI), foreign direct investment (FDI) in India during the fiscal year of 2017-18 increased 18 per cent to Rs. 28.25 lakh crore. Foreign investments increased by Rs 4, 33,300 crore. This included the including revaluation of past investments, during 2017-18 to reach Rs 28,24,600 crore in March 2018 at market value, according to the data by RBI on ‘Census on Foreign Liabilities and Assets of Indian Direct Investment Companies, 2017-18’.