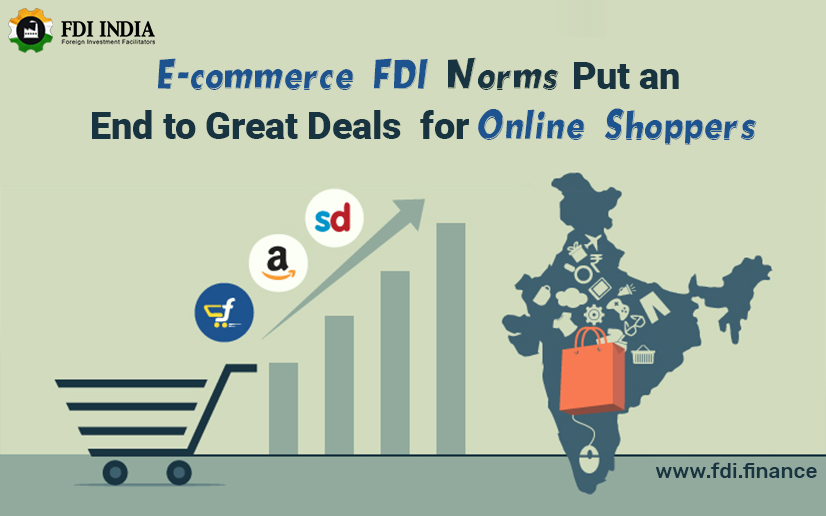 A change in foreign direct investment norms and guidelines for the e-commerce sector led big market players dominating the market like Flipkart and Amazon to reassess their affiliations with brands and sellers.

A survey conducted by Local Circles of over 10,500 customers, spread across 60 cities, 50 per cent of shoppers said that they felt the discounts offered by online shopping websites had come down after the change on February 1.

Price was not the only factor that witnesses a shift, 36 per cent of customers reported that delivery times also was effected. They said that there was a longer than usual wait time for products they wanted to purchase.

More recently, as per the budget of 2019, the government further plans to liberalize norms in different sectors to encourage more FDI in India.

In her speech she announced that the government will allow 100 per cent foreign direct investment for insurance intermediaries, while also considering the opening up of FDI in the insurance industry.

The minister also said that the government will ease local souring norms for foreign investments for single-brand retailing sector. 2018 witnessed a third continuous decline in the global FDI inflows. Foreign investment inflows decreased 13 per cent in 2018 to USD 1.3 trillion from USD 1.5 trillion. “But India’s FDI inflows in 2018-19 at $64 billion remained strong, a 6% growth over the previous year,” she said.