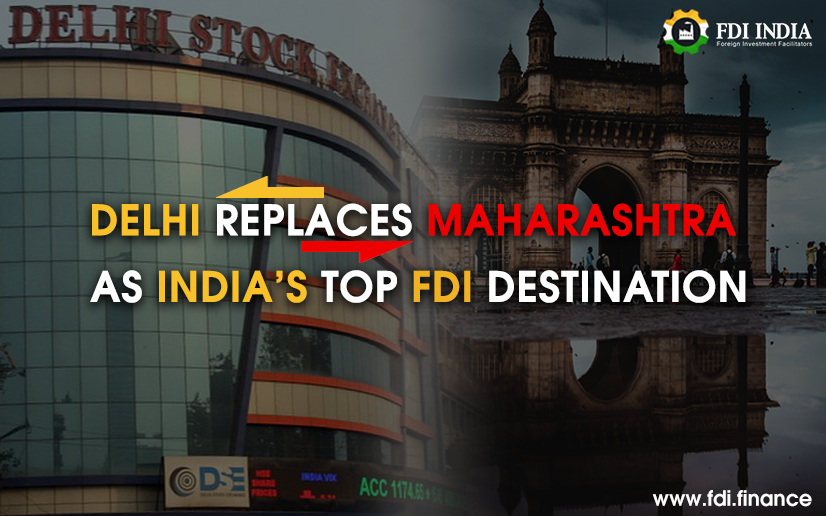 Delhi and the NCR region, which covers parts of Uttar Pradesh and Haryana finally overtakes Maharashtra in the race to being the country’s top foreign direct investment destination. While Delhi, Kolkata and Hyderabad are emerging to be the top destinations for FDI equity inflows, Mumbai and Ahmadabad are losing their sheen as the top FDI destinations.

However, Kolkata has witnessed quite the leap with just $218 million a year ago to $1.2 billion in 2018-19. The data released by DPIIT also indicated a decline of 1% in the FDI equity inflows into India. Total equity now stands at $44.4 billion. Majority of the equity inflows goes into sectors like services, computer hardware and software, chemicals, telecommunications and trading. These top 5 sectors or activities account for nearly 65% of the total FDI equity inflows. Delhi has seen a steady increase in foreign direct investment equity inflows- from 14% in 2016-17 to 17% in 2017-18 and 25% in 2018-19.