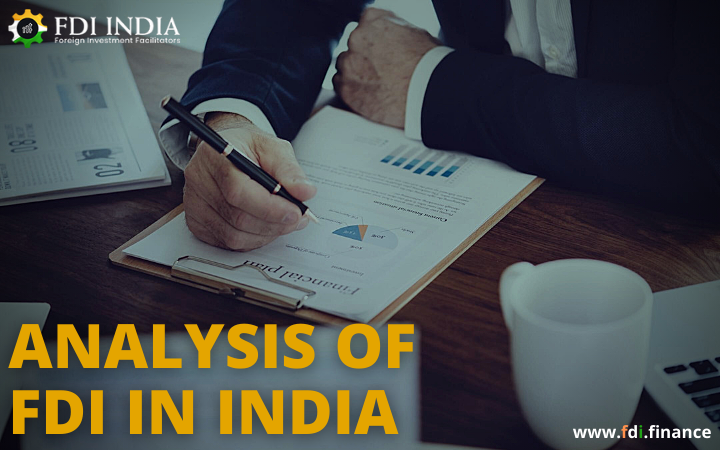 India’s economic development has got a major boost due to foreign direct investment. There are a lot of components that make India an attractive destination for foreign investors like low wage rate, liberal policies, robust banking, and vast market.

The problem of India’s low employment rate has also increased due to FDI as it has created over thousands of job opportunities for the people that have fostered development in the country. This is the picture of FDI in India that has been painted by the government in the eyes of the general public and there are official data that supports these statements well.

FDI is one of the parameters through which the growth and development of a country can be measured on a global level but the ground-level reality of this development has to be analyzed to really understand the benefit that India has got from FDI.

It is all about the perception of the usage of the money that is coming from the foreign investors and what advantages has the country got from it. In the last 20 years, Mauritius has been the reigning country that has the highest number of foreign investments in India.

Mauritius has invested in India a total of INR 7,95,941 crore in the previous 20 years. The further analysis of this amount states that as the population of Mauritius is 12.65 lakhs then every citizen might have invested INR 62.90 lakhs in 20 years in India.

The second nation with the highest FDI in India is Singapore in the last 2 decades. The country has made foreign investments in India of INR 103,615 crores. Analysis of the FDI in India to its population of 57.03 lakhs states that every citizen of Singapore has invested in India INR 1.82 lakhs in one year.

The Cayman Islands has a total population of 65,813 people and they have invested INR 26,397 crore in India in the period of 2019-20. The analysis of this figure results in that each citizen of Cayman Islands has invested INR 40 lakhs in India in only a single year and this is a huge amount of investment in accordance with the number of people in the country and the small area size.

The countries that are termed as tax havens are the biggest sources of FDI in India. The Netherlands has secured the 5th position in the list of the highest foreign investment sources of India.

Countries such as Cayman Islands, Netherlands, Singapore, Mauritius, and Cyprus come in the category of tax havens in the global market and they have contributed 60% to the FDI in India in the last 2 decades.

The other countries such as Switzerland secures the 12 highest FDI source for India, Hong Kong is at 14th, Luxembourg is at 15th and British Virginia is at the 21st position.

The one thing that is common in all the counties that have been mentioned above is that they come in the highest sources for FDI in India and also they are termed in the category of being tax havens.

These countries have been accused of money laundering, black money; hide wealth and having confidentiality of the financial transactions.

In the above-mentioned countries, all the illegal activities are running and there are many companies that are operating in these countries.

The government of India is turning a blind eye towards these facts about the highest FDI sources of India and would term the above statements as defamation for the development of FDI in India.

The official authorities of India have been giving assurance from time to time that they investigate the money that is coming to the Indian market and strict actions will be taken if the money is not coming from the correct sources.

The question still arises that why Indian has been getting the foreign investments from such counties that have been termed as tax havens in the global market and have activities such as facilitate tax evasion/round-tripping/financial manipulation going on in them.

The sectors that are generating and attracting the highest foreign investors in the last 2 decades are not the sectors that the government mentions in which the development is being carried out.

Trading has nothing to do with developing the infrastructure of the country or the manufacturing sector then the question arises that why is it attracting a huge foreign investment amounting to INR 1,76,005 crore in India.

The Indian government should make the information public of the count of the jobs that are being created and the industries/manufacturing units that are being established through the investments coming from foreign investors.

Through these figures the public will come to know how real is the development taking place in the country or if black money is being generated.

These malicious and illegal activities are taking place within the Government strict policies and norms. These developments are being taking place in the country and the government is just using this as an agenda and showcasing the world of how much the country is developing whereas this is far from reality.