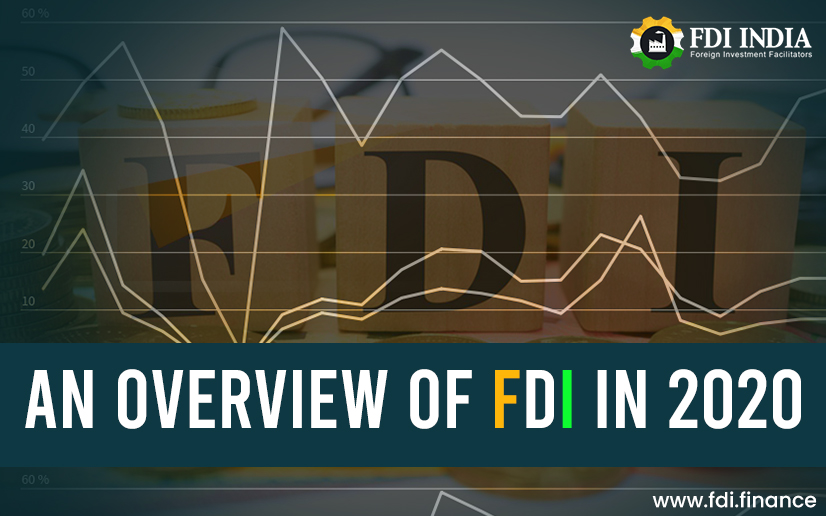 Foreign direct investment is a critical driver of economic growth, however, its advantages do not end here- FDI equity inflows also brings in new technology, managerial knowhow, more employment, and better infrastructure. Above all, FDI is a great source non-debt financial resource for the economic development of the country.

The government of India offers a favorable environment for foreign investors. Ever since the opening up the Indian economy in 1991, the centre has taken many steps to liberalize foreign direct investment policies and regulations. Most recently, the government introduced a number of reforms in the FDI reforms of different sectors such as digital media, single brand retail trade, coal mining, contract manufacturing and more. These reforms were originally proposed for the first time by finance minister Nirmala Sitharaman in her maiden budget of 2019.

These reforms came after the country witnessed a dip in FDI equity inflows for the first time in 6 years. Changes were proposed in the existing FDI regulation structure in order to attract more overseas investors.

As per the Department for the Promotion of Industry and Internal Trade (DPITT), as of August 2019, foreign direct investment equity inflows stood at USD 19.33 billion. This figure indicates that the efforts of the government to liberalize FDI norms are paying off.

In the first quarter of 2019-20, foreign direct investment equity inflows rose 28 per cent and amounted to USD 16.3 billion from USD 12.7 billion of last year.

If the figures are anything to go by, then 2020 will be a good year for FDI and by extension for the economy of India.

Recently, Prime Minister Narendra Modi, while speaking on ‘Restoring Global Stability’ at the Bloomberg Global Business Forum in New York said that partnering with India is a “golden opportunity”. He also highlighted the latest cut in corporate tax rates and called it “revolutionary for investment”.

While addressing foreign investors from different fields such as real-estate, infrastructure, defence, and food, Modi said, “This is just the beginning, there’s more to come. It’s a golden opportunity to partner India … The government of India respects wealth creation.”

The Prime Minister further added that India is moving up the economic ladder with a huge segment of middle class having a global outlook. Modi urging foreign investors can indicate a growing FDI number for the coming year.

India is one of the most attractive destinations for foreign direct investments with liberalized rules and regulations and relatively cheaper wages. The country encourages a thriving business environment that attracts many overseas investors to conduct business activities in India.

As per a report by UBS, the annual FDI inflows in India are expected to rise to US$ 75 billion over the next five years.

India is promoting its ease of doing business and FDI reforms on the global level with an aim of attracting more foreign direct investment equity inflows. PM Modi also said that the country is investing heavily in infrastructure which will make it the perfect destination for real estate investors.

2020 brings a promise of increased FDI and visible results in the face of big efforts by India.