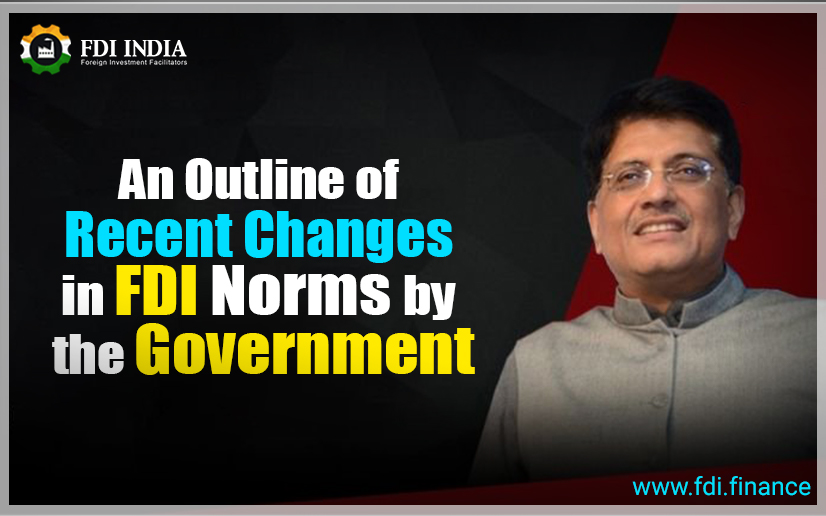 For the first time in six years, India witnessed a dip in foreign direct investment equity inflows into the country. According to data released by the Department for Promotion of Industry and Internal Trade (DPITT), this decrease amounted to 1 per cent with the investment coming to a total of 44.4 billion in 2018-19.

As per new reforms in the coal mining sector, now, a 100 per cent foreign direct investment is permitted for coal mining under the automatic route. This decision was met by a lot of opposition from workers engaged in the sector. Coal unions have gone on strike which has hit the production following this announcement by the government.

Up to 100 per cent foreign direct investment has been permitted in single brand retail trade. Earlier, overseas investments exceeding 49 per cent had to procure prior government approval and did not come under the automatic route for approval.

Press Note 4 introduces a new entry of digital media and permits 26% FDI under the government approval route in entities that are engaged in uploading / streaming of news & current affairs through digital media.