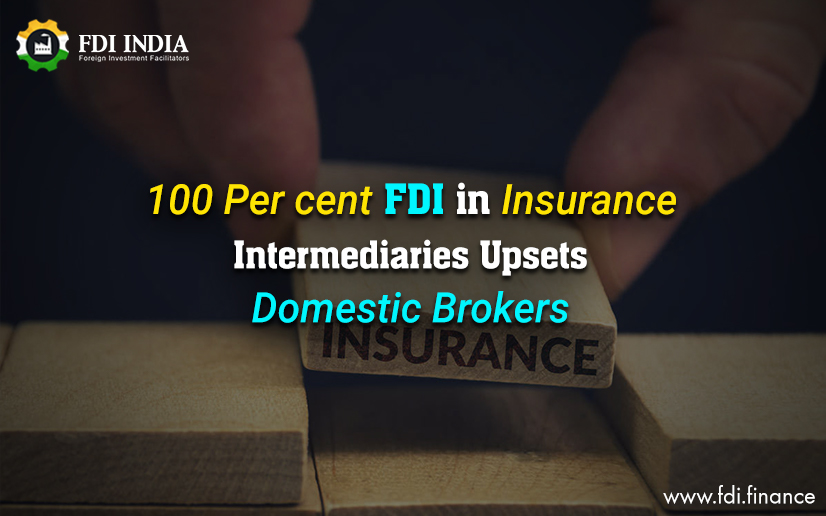 The recent announcement by Finance Minister, Nirmala Sitharaman to raise the limit for foreign direct investment in the insurance intermediaries sector from 49 per cent to a 100 per cent has not gone down well with domestic brokers. The industry in question accounts for Rs. 4,500- 5,000 crore.

“The government has taken a view on increasing FDI in India in the sector from a macro perspective. The move will have both pros and cons,” noted G Srinivasan, Director, National Insurance Academy, and former Chairman, New India Assurance.

This proposal by Sitharaman has come under flak from domestic insurance brokers, consisting of direct brokers, reinsurance brokers, and composite brokers. As per them, the insurance broking industry does not require much capital and permitting 100 per cent FDI into the sector won’t ensure large equity inflows of foreign investments.

The sections benefitting from this move in the insurance industry are: insurance surveyors and loss assessors, third party administrators (TPA), web aggregators and corporate agents.

As of now, the insurance broking industry deals with a premium amounting to more than Rs 30,000 crore, primarily from the non-life industry which generated over Rs 1,70,000 crore of premiums during the period 2018-19.

As insurance brokers receive between 15-20 per cent of commission in placing different categories of general insurance business, they account for around Rs 4,500-5,000 crore of business.

According to Sohanlal Kadel, the former President of lnsurance Brokers Association of India, permitting 100 per cent FDl in India in broking when it is 49 per cent in insurance companies would be “travesty of justice as it would be a direct discrimination against local insurance brokers”. Further, this would decimate most of the Indian brokers engaged in direct insurance and reinsurance broking and who do not have a joint venture with any overseas broker. “It is very clear that 100 per cent FDI will not make any valuable contribution to the industry from the current permissible FDI limit of 49 per cent except perhaps repatriation of profit which can be more than the capital they bring in and thereby drain of our foreign exchange,” Kadel further said.